How to Watch Lincoln

In November, Associate Professor of History Michael Vorenberg took questions on Facebook. Here are some of his answers. Read more here .

FB I always understood Lincoln to be more concerned with … the nation’s best interests … before considering his personal convictions [on slavery]. Do you believe the film presented an accurate representation of [Lincoln’s] decision-making process? 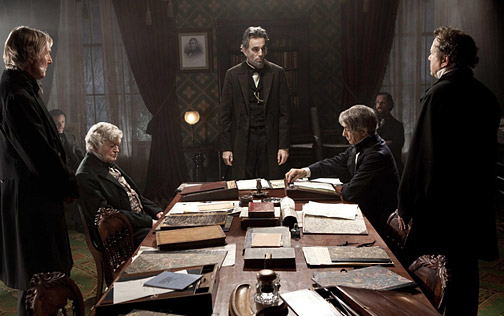 Courtesy Dreamworks SKG
A scene from the film Lincoln.

MV Lincoln had a deep moral disgust with slavery, and he had a near mystic view of the inviolability of the Union. Prior to the war, he thought that the Union could be preserved only by stopping the expansion of slavery, so that slavery would die out eventually. After the war began, he eventually came to the position that slavery had to be destroyed everywhere in order to preserve the Union, and he understood that slavery could not be destroyed unless the Union triumphed over the Confederacy.

FB What historical inaccuracies should I look out for?

MV Compared to many mainstream films set in the past, this one is fairly historically accurate in terms of the look and feel of things. Certainly there are inaccuracies. For example, the antislavery amendment was never discussed in a cabinet meeting, though Lincoln discussed it with some cabinet members individually, and the amendment was rarely if ever referred to as the “Thirteenth Amendment.”

FB How accurate was Daniel Day-Lewis’s representation of Lincoln’s accent, pitch, and intonation?

MV Of course, we can’t really know how anyone spoke in the era before recording equipment. Yet many newspaper writers and memoirists did comment on Lincoln’s speaking style. For example, if you look at newspaper coverage of the Lincoln-Douglas debates in Illinois in 1858, you see many writers commenting on the style of speech of the two speakers, with writers generally praising Douglas over Lincoln. (Douglas’s voice was relatively deeper than Lincoln’s, and Lincoln’s was somewhat nasal.) It’s obvious that Daniel Day-Lewis researched the voice issue and worked hard to get it right.

Reader Responses to How to Watch Lincoln