You’d expect any freshman athlete to be at least a little nervous facing her first collegiate competition. But if Diana Walters ’16 felt at all shaky at her first gymnastics meet on January 20, she hid it well. In one of the strongest recent debuts for a Brown athlete, she placed second in the all-around competition, had the team-high score on the vault, and earned Brown’s second-highest scores on the bars and the floor. The team finished second, and Walters was named ECAC Gymnastics Co-Rookie of the Week. 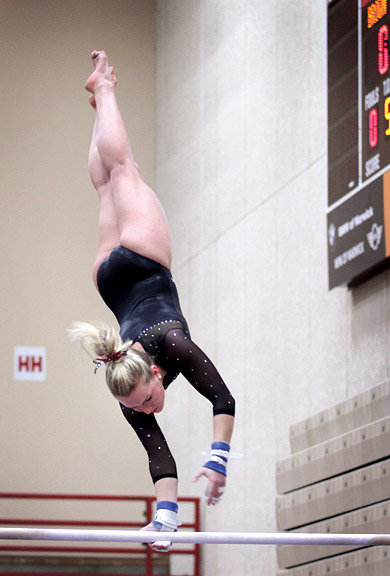