Smuggler Nation: How Illicit Trade Made America by Peter Andreas (Oxford).
Guess who helped feed the British army in Canada during the war of 1812? Why, American smugglers, of course. In this engrossing account, Andreas, a professor of political science and Watson Institute researcher, details the intertwining ways that smuggling—from eighteenth-century Dutch gunpowder, African slaves, and European industrial blueprints, to this century’s drug wars—has shaped both our history and our government. A familiar story seen through a surprising lens. 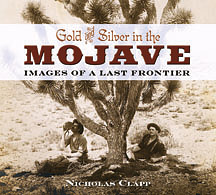 Gold and Silver in the Mojave: Images of a Last Frontier by Nicholas Clapp ’57 (Sunbelt).
Starting in the 1890s, the Mojave Desert, which comprises a 50,000-square-mile area located in Nevada and California, was also the site of a largely forgotten twenty-year gold rush. In this rich bit of time travel you’ll meet prospectors, miners, teamsters, and gamblers. You’ll also see barrooms, trains, fires, and brothels, as well as the occasional automobile, all juxtaposed with moving, desolate images of what remains today. A lushly illustrated story of the Old West’s last act. 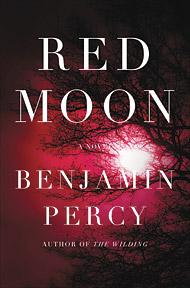 Red Moon by Benjamin Percy ’01 (Grand Central).
Author of The Wilding, as well as the story collections Refresh, Refresh and The Language of Elk, Percy now moves into the land of literary horror. Set in an alternative American West, this sprawling and vivid thriller centers on the lycans, who look like us and live among us, but who can also transform into wolves. Trouble ensues.

The Death of Fidel Perez by Elizabeth Huergo ’85 AM, ’89 PhD (Unbridled Books).

Two Faces of the Moon by Martin Nemzow ’81 (Tachion Publishing).

One Good Egg: An Illustrated Memoir by Suzy Becker ’84 (Bloomsbury).

Immigration, Ethnicity, and National Identity in Brazil: 1808 to the Present by Jeffrey Lesser ’82, ’84 AM (Cambridge University Press).

Global Dexterity: How to Adapt Your Behavior Across Cultures Without Losing Yourself in the Process by Andy Molinsky ’90 PhD (Harvard Business Review Press).

Cows Save the Planet: And Other Improbable Ways of Restoring Soil to Heal the Earth by Judith D. Schwartz ’83 (Chelsea Green Publishing).

Making It in the Minors: A Team Owner’s Lessons in the Business of Baseball by Arthur P. Solomon ’61 (McFarland).