Hermione Granger would be appalled. The April British GQ cover featured Emma Watson ’13, all tarted up as Niki, the “Valley Vixen” she plays in Sofia Coppola’s new movie, The Bling Ring. It’s based on the true story of a band of kids who burglarized Hollywood celebrities in 2008 and 2009. Niki “is everything that I felt strongly against,” Watson told GQ. “She’s superficial, materialistic, vain, amoral. She’s all of these things, and I realized that I hated her.”  So how do you prepare yourself to play someone you find despicable? “I was doing an English course [at Brown],” Watson told the magazine. “So I would go from reading Virginia Woolf to [watching] Kim Kardashian. I kind of loved it, this mix of super-high and super-low culture. I think it was a nice balance.” 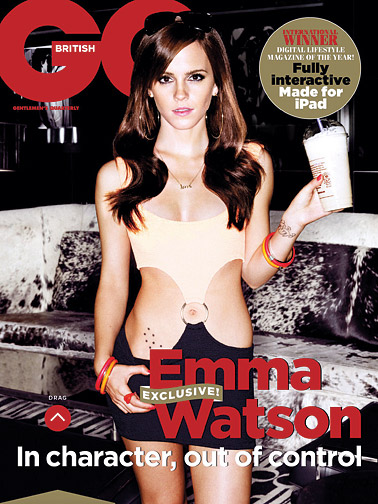