In her first season playing softball for the Bears, right-fielder Alyssa Caplan started in twenty-seven out of thirty-two games. As a sophomore, she started in thirty-seven. And in every one of those games—practices too—she was in pain. Her hips, she says, “felt like bone scraping against bone.” Doctors thought she was congenitally predisposed to her condition and said they couldn’t offer much help. So Caplan played on.

“I love softball,” she says. “I just wanted to be playing without pain.” 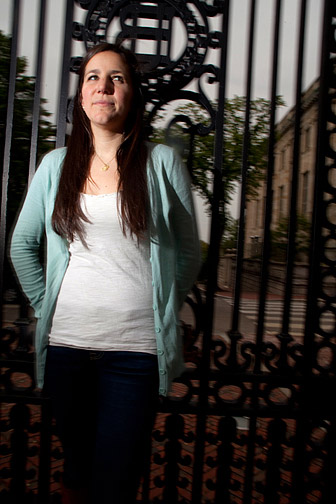 Doctors drilled holes in her bones to stimulate cartilage growth, and she underwent a series of surgeries, the last of which was in August 2011. Recovery was supposed to take a year—too long for her to play her junior season at Brown. But Caplan worked tirelessly during her rehab and by December she was able to run again. “This year I felt so much better,” she says. “I finally feel 100 percent.”

The ordeal has had an up side. “It inspired me to become a doctor when no one could figure out what was wrong with me,” she says.

She plans to do clinical research for two years and then attend medical school.

Reader Responses to Playing Through Pain