Falling Into the Fire: A Psychiatrist’s Encounters with the Mind in Crisis by Assistant Professor of Psychiatry and Human Behavior Christine Montross ’06 MD, ’07 MMSc (Penguin). 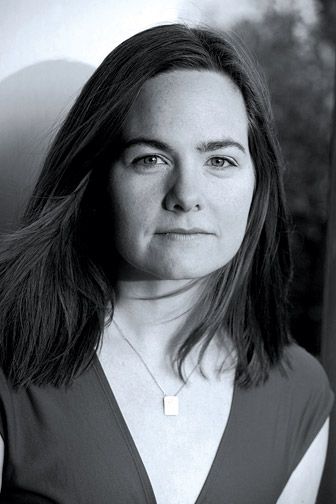 Courtesy Christine Montross
Before she became a doctor, Christine Montross was a poet. This discipline is apparent in her new book, Falling Into the Fire: A Psychiatrist’s Encounters with the Mind in Crisis. It’s not a question of language—Montross’s voice, unaffected and unobtrusive, signals the trustworthiness we value in physicians—but other aspects of the craft distinguish her approach: self-awareness, an eye for detail, a tolerance for ambiguity, and, above all, a talent for juxtaposition, for movement from perspective to perspective, so that we see each disturbed patient in changing lights.

Montross’s topic is severe mental illness, illustrated by the stories of men and women she treated in her residency at Brown and her early years on the faculty, where she and I are colleagues. In her book, we meet people with strange, frustrating, and fearsome disorders. A loving young mother is plagued by voices that urge her to kill her son. An ordinary-looking man is obsessed with imagined imperfections in his skin.

We also spend time with Lauren, a “frequent flyer” to the emergency room and hospital wards. Lauren ingests light bulbs and zippers.

Lauren provides comic relief as she verbally dissects the six-foot-tall Montross, characterizing her as an “Amazonian joker” with overgrown eyebrows, who visits daily so that she can feel like she’s saving the world and write nonsense on the chart. Lauren predicts, more or less correctly, that Montross will say, “Let’s talk about some healthy ways to handle your feelings,” and, when that hapless approach fails, will change the medication orders.

Like many of Montross’s patients, Lauren cannot be helped—or not helped much. It’s a hard lesson for the young psychiatrist. “I have emerged from my training with a shaken faith,” Montross writes. “If I hold my trust in medicine up to the light, I see that it is full of cracks and seams.”

This sense of the enterprise’s imperfection leads Montross to her most constant metaphor for patient care: child-rearing. We meet her partner, playwright Deborah Salem Smith, and their young son and daughter. “It turns out,” Montross writes, “that parenting and caring for psychiatric patients have their fair share of similarities. I mean that in all the ways in which that sentence can be interpreted: with love, and frustration, and gratification. With fear, and awe, and ineptitude.”

Late in her narrative, Montross describes stopping the family car to observe “a murmuration of starlings in flight.” How does the flock turn? Who leads? The children insist, “But why, Mama? I really want to know.”

Montross’s patients, or their illnesses, perform extraordinary feats. They create symptoms in patterns that mimic diseases like epilepsy. They sustain levels of energy and bliss unknown to the healthy. They consider horrifying acts.

Here are the first elements in a “Maternal Filicide Risk Matrix”:

This found poem, too, runs to more than twenty lines. It advances our understanding only so much.

Montross’s other movement is between her patients and this imperfect domain of knowledge. She ranges into the history of medicine, laboratory studies, and descriptive sciences, such as epidemiology, anthropology, and animal ethology. We are the only primates who kill our own children.

Montross’s first book, Body of Work: Meditations on Mortality from the Human Anatomy Lab, described her acculturation to medicine. Her method was the same, asking readers to see what they might usually avoid, and making the visit bearable and instructive by providing context. In this new book, Montross has staked out her territory as a writer: our dark potential. If we are willing to follow as she explores, it is because she is keen in her observations and open about her vulnerability.

Clinical Professor of Psychiatry and Human Behavior Peter Kramer is the author of Listening to Prozac. He is writing a book about the debate over the efficacy of antidepressants.