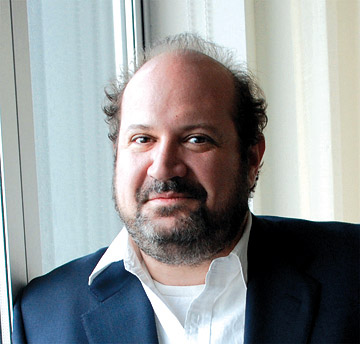 Most of the characters in The Fun Parts, Sam Lipsyte’s hilarious, dark, and often antic second story collection are spiraling downward. But they’re waving as they go, still clasping a sprig of hope, even if they don’t always understand exactly what’s happening to them. They’re not going to stumble across a big epiphany, and there’s nothing remotely close to a happy ending coming up, but they’re still trying.

Take Mitch, the nearly middle-aged narrator of “The Wisdom of the Doulas.” After stints as a substitute gym teacher, a rib-joint line cook, and a mail boy at his late father’s accounting firm, he falls into his new career as the world’s first male childbirth labor coach, or doula, while “stalking my ex-girlfriend,” he confesses. Now, as the midwife of last resort, he’s been installed at the Gottwalds’.

Of course there’s a baby, named Prague: “Picture a red onion with a mouth that isn’t even a mouth, but more some kind of incredibly loud air horn used by Satan to signal his peons. . . .” After a swaddling incident, Mitch loses his doula certification. This is followed by an absurd lactation encounter with Mrs. Gottwald. As the authorities arrive, Mr. Gottwald has flung an iron throwing star at Mitch’s head. “Now comes the sound of many men in non-nurturing boots.” Mitch reports. “I can see them from the corner of my eye, padded black turtlenecks, batons.” But Mitch isn’t done. “My story won’t end here,” he explains, right before the taser hits. “I’ll start my own foundation, certify myself. The American League got a late start, but don’t they win their share of all-star games?”

The narrator of “The Worm in Philly” has a heroin habit. He’s “experimenting” with unemployment and needs quick rent money. “I was no longer experimenting with drugs,” he says. “I knew exactly what to do with them.” The solution? He’ll write a children’s book (“low word count”) about Marvelous Marvin Hagler, the great middleweight boxer. It doesn’t matter that our narrator has never written a book before; his father was a sportswriter, and he’s bound to remember something from his father’s boxing magazines. “Also, I was in possession of a positive outlook,” he tells us, “which is just a trick whereby you convince yourself that the desolation of your world is a phase in your personal growth. The weird thing is it works.” 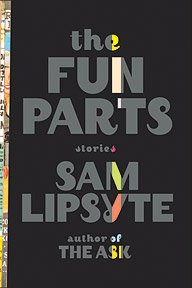 A friend who shares the narrator’s drug habit has a book-editor sister, and there’s a meeting. “Triumph was about to caress my shoulders, coo into my ear,” the narrator says. But the sister is really gathering information on her brother for an intervention. There’s another drug buy, and the story ends with a beating.

A constant pleasure in this collection is the tiny, perfectly landed descriptions that pop from nearly every paragraph. This is William, one of the round-robin narrators in “The Republic of Empathy” (which is also partly recounted by Reaper 5, a chatty drone missile), off for a walk with his toddler, Philip: “He tired easily, but his gait was significant. He tended to clutch his hands behind his back, like the vexed ruler of something about to disintegrate.”

Not all the thirteen stories here have the same heft. A few—such as “Expressive,” whose narrator can name and control his facial expressions with complex precision—feel more like riffs than stories. But the best leave you with a kind of bittersweet empathy. The choices Lipsyte’s characters end up making may not be entirely rational, but he draws their unraveling lives with enough sympathy that we can easily see how they got there.

If that’s not enough, sentence by dazzling sentence, there are more than enough fun parts here to go around.

Reader Responses to They're Still Trying