Through the early season, Sean McGonagill ’14, who leads the team and the Ivy League in scoring, has helped the men’s basketball team get off to a strong start with six non-conference victories through the first nine games. A first team All-Ivy selection as a junior, McGonagill was named the Ivy League Player of the Week on November 18 after he scored twenty-one points in a near upset of Providence College. Three days later he netted twenty-three more in a victory over Sacred Heart. 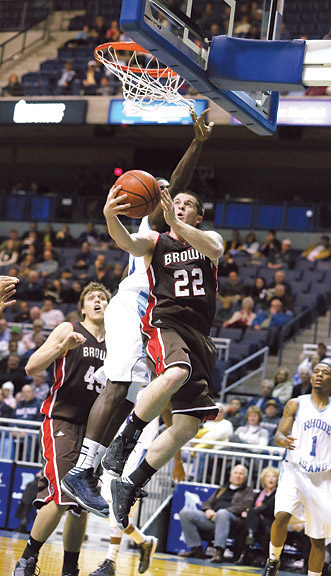