Seth Marbin ’05 was growing restless. His job at Google, sitting in front of a computer screen improving the company’s web search results, was going well, but he wanted to do more. As a frequent volunteer, he began to mull over a way of harnessing the passion of similarly public-spirited employees.

“The idea was, ‘Let’s shut down Google for a day and do service,’” says Marbin, who’s been volunteering since he was a teen. After he posted the idea on an internal mailing list, employees responded so well that Google’s executives approved it, and in June 2008 GoogleServe was born. Two years later, Marbin was given a full-time job running it. 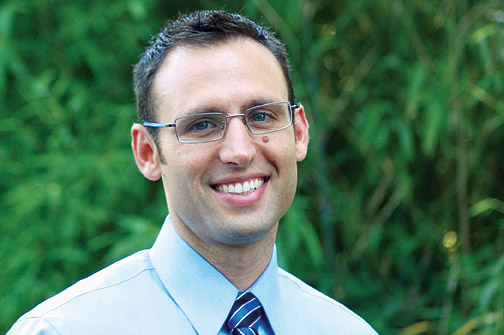 In its first year, 300 Googlers from sixty offices around the world signed up for everything from restoring habitats at the Oakland Zoo, clearing trails on Mount Fuji in Japan, and removing invasive plants from Switzerland's Thur river. And, instead of being limited to one day away from the office, employees could ditch their jobs for as long as a week to help out on community projects.

“To the extent that being a good citizen is being a good employee,” Marbin says, “we work hard to develop and encourage whole employees, not just people who are grinding out code or selling advertising.” Last year Marbin earned a Champions of Change award from the White House, which is given to Americans who perform exceptional public service.

Now in its sixth year, GoogleServe is part of the company’s GoogleGive Team. One of the the biggest single projects to date took place in 2011 near the company's headquarters in Mountain View, California, when 400 Google workers repainted an elementary school and scrubbed it clean from top to bottom.

Before matriculating at Brown, Marbin attended Oregon State University but dropped out after two years to volunteer with AmeriCorps. “I felt a calling to contribute to society that I wasn’t getting to do as a traditional student,” he says.

His first AmeriCorps assignment after college was with a literacy program in Puerto Rico. When Hurricane Georges, a Category 4 storm, battered the island shortly before his arrival, Marbin delayed teaching to pick up a machete and hack away debris blocking the U.S. territory’s streets. He also delivered food to ravaged communities.

Later he transferred to Seattle to work for AmeriCorps’ City Year, which runs after-school programs and other activities to discourage students from dropping out of school. Parts of the program he helped develop were implemented at other City Year sites across the country.
By the time Marbin enrolled at Brown he was twenty-five. He concentrated in public and private sector organizations because he wanted academic answers to some of the challenges he faced scaling up the City Year program he’d developed in Seattle. After a brief stint as an IT consultant with nonprofits, Marbin joined Google, drawn, he says, by the company’s altruistic mission.

“You can make change wherever you are,” he says. “There are a lot of people who feel like they want to change the world and who wouldn’t think the corporate sector is the place to do that. But these days a lot of companies think holistically.”

Reader Responses to Do Be Good