No to Coal Divestment

At its October 27 meeting, the Brown Corporation took on one of the issues generating the most student passion on campus these days and made a decision that left many advocates disappointed and angry. By electing not to purge the endowment of its holdings in the largest U.S. coal-mining and coal-burning utility companies, Brown joined such schools as Harvard and Middlebury in saying no to coal divestment. 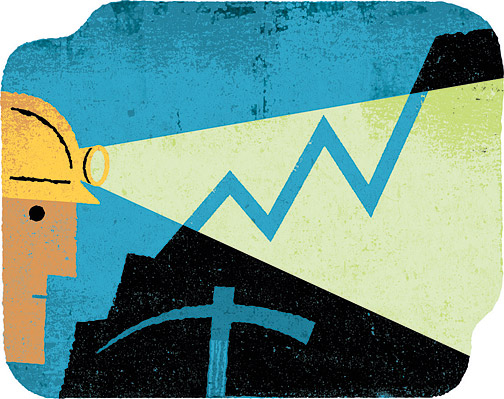 “Students see this as one of the most pressing issues of our time,” President Christina Paxson says. “They’re passionate about it, and they want to do something about it. I can understand that, and I’m empathetic.”

Over the past year the student organization Brown Divest Coal, which is part of a national effort to pressure schools and municipalities to purge their endowments of investments in coal producers and users, has sponsored lectures, protests, and petitions to educate the campus about the environmental devastation caused by mining and burning coal. In fall 2012 the group asked Brown’s Advisory Committee on Corporate Responsibility on Investment Policies—ACCRIP, a working group of students, faculty, staff, and alumni—to consider the ethical ramifications of coal investments. A sympathetic ACCRIP recommended that the University divest from coal’s biggest U.S. producers and consumers—the so-called Dirty 15. The Corporation took up the issue last May and appointed an ad hoc committee to investigate further. The full governing board confronted the issue at its October meeting.

Many critics of the Corporation’s decision wanted Brown to make a symbolic statement about the dangers of coal. But as Paxson explained in an October 27 letter to the Brown community and in a recent BAM interview, the University’s investment policies stipulate a specific set of criteria for selling off a class of holdings, criteria that were met in 2003, for example, when the University divested from tobacco companies. Making strong symbolic statements, Paxson says, is not one of those criteria.

“Corporation members agreed with ACCRIP that coal causes ‘social harm’—a necessary, but not sufficient, criterion for divestment,” she says. Brown’s policies require either “that the social harm be so great that it’s inconsistent with the mission and values of the institution to hold that investment in its portfolio, or it has to be the case that divestment would make a difference.” Because coal-heavy investments represent just 0.1 percent of Brown’s portfolio, she explained that divesting from coal companies would not influence the behavior of those companies.

Paxson also explains that the Corporation did not agree with ACCRIP’s argument that coal’s social harm is grave enough to warrant divesting. “It’s not that coal isn’t harmful stuff—it’s pretty horrible,” she says. “But for the foreseeable future there are not many alternatives [when it comes to energy production], unfortunately. Coal powers 40 percent of the electricity in the world. If we divest from coal, what does that mean?”

In early November, the Brown Daily Herald published a poll indicating that 44 percent of responding students still supported divesting from coal, although 20 percent had no opinion on the Corporation’s decision. On November 7, Brown Divest Coal sponsored protests that culminated in a silent sit-in outside President Paxson’s office. “We will continue to champion our arguments for divestment,” David Katzevich ’16 read from a statement, “but today we protest in silence because we feel the administration has silenced the conversation.”

“What I find frustrating,” Paxson says, “is that people see this decision as an endorsement of coal, and it’s not. It’s a realization that coal is not like tobacco, which has no social value; coal serves a purpose in the world,” particularly in developing countries that rely on coal for heat and industry.

Reader Responses to No to Coal Divestment