Every Brown student knows the equestrian statue of Roman emperor Marcus Aurelius behind Sayles Hall. Well, there’s a new horse in town. The Commons, above,  is the work of Paul Ramirez Jonas ’87, one of several alums the Bell Gallery is featuring in honor of Brown’s 250th anniversary. Both sculptures are modeled after the bronze of Marcus Aurelius in Rome’s Capitoline Museum; however, The Commons is made of thin layers of cork glued together.  It  stands on a cork-covered base, where visitors are invited to leave messages for one another. 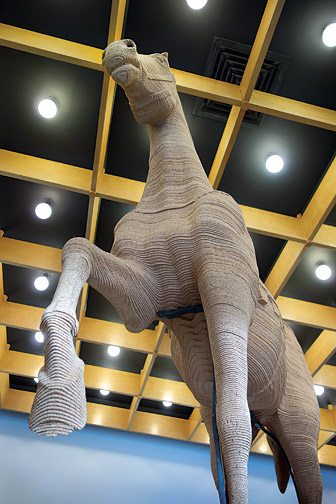