Writer and director Leah Meyerhoff ’01 was on campus this spring to answer questions after a screening of her film I Believe in Unicorns, at the Ivy Film Festival. Meyerhoff based it on her own girlhood experience caring for her wheelchair-bound mother, Toni Meyerhoff, who has multiple sclerosis and plays herself in the film. Natasha Dyer, above, plays a willful girl who runs away from her caregiver role with an older boy (Peter Vack) and retreats into fantasy when he turns abusive. The film debuted last March at the SXSW festival and won the Grand Jury Prize at the Atlanta Film Festival. Several alums worked on it, including supervising editor Kevin Messman ’02, sales agent Jessica Lacy  ‘00, composer Sasha Gordon ’02, associate producers Megan Billman ’09 and Ali Migliori ’12, trailer editor Brooke Sebold ‘03, and Will Vinci ’11, who provided visual effects. 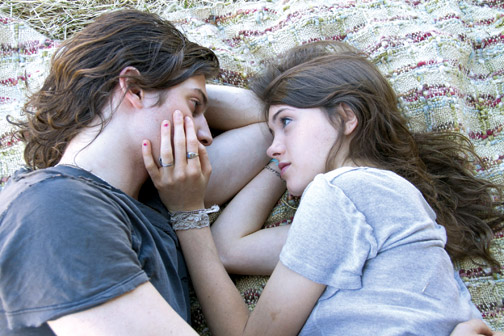