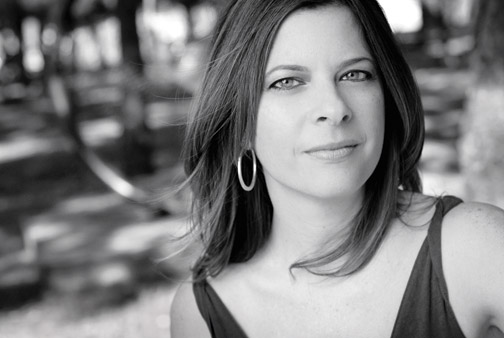 The idea may seem preposterous, but it could be just around the corner. A pornographer creates an online realm where men can have sex with young girls who are avatars viewed through special glasses. Though the sex feels real to the men, it is simulated. Should society permit it?

That’s one of the big questions playwright Jennifer Haley ’05 MFA poses in The Nether, a half sci-fi, half police-procedural drama that debuted at Kirk Douglas Theatre in Los Angeles in 2013. It won the 2012 Susan Smith Blackburn Prize, and the Los Angeles Times described it as a “daring new drama” that “should have everyone squirming in their seats.” Following on the heels of Haley’s play Neighborhood 3: Requisition of Doom, in which a violent video game becomes real-life for a quiet suburban town, The Nether continues Haley’s exploration of the real-world damage that results when we unleash our darkest desires in cyberspace.

Haley says the inspiration for The Nether came from playwright Paula Vogel, who was on the Brown faculty while Haley was earning an MFA: write what you hate, Vogel advised. Haley hated TV police procedurals such as Law & Order and CSI. She also hated pederasts. “I thought, what’s the worst thing someone can do? It was all an academic exercise.”

In The Nether, a female detective faces off against the businessman who runs the virtual pedophilic playground called The Hideaway. During the interrogation at the police station, the two debate the risks this new form of online entertainment poses. “You’re telling them their desires are not only acceptable, but commendable!” exclaims the detective. “And in an environment that can scarcely be differentiated from real life!”

“As long as they don’t do it in real life, who cares?” Sims, the businessman, fires back. “I’ve read the studies. No one has been able to draw a conclusive correlation between virtual behavior and behavior in-world.” Haley says she’s agnostic on whether the web is changing us for the worse or the better. “I can’t speak to whether one becomes a fundamentally different person or whether one’s personality changes,” she says. By The Nether’s end great damage has been done, but the reasons and the blame are ambiguous.

After its summer run in London, The Nether will be produced next February in New York City at the off-Broadway MCC Theater. Haley wrote for the Netflix TV series Hemlock Grove last winter and hopes to continue. Meanwhile, she’s at work on another play based on online identities—a woman spots her ex-lover in a video game and goes in search of him.

Reader Responses to Virtual and Real