If you look back at the 1960s, you’ll find plenty of warnings about U.S. students falling behind their Russian counterparts. The fear was that the Soviet Union would soon be far ahead of us in math and science. 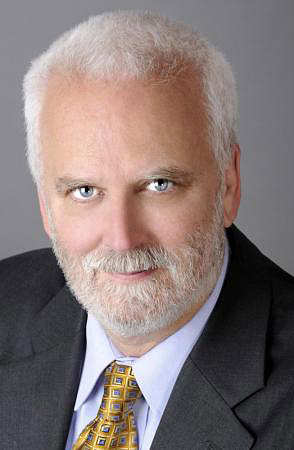 But maybe the problem is fear and not math and science instruction. That essentially was the argument presented by John Ewing ’71 PhD, president of Math for America (MfA), a teacher-training program in New York City, at a Commencement forum called “Is There an Education Crisis?”

Ewing, a former mathematics professor and executive director of the American Mathematical Society, joined MfA in 2009. The program offers a variety of fellowships to practicing math teachers to improve their instructional skills and collaborate on designing new curriculums and classroom techniques. MfA has offices around the country and has worked with roughly 850 teachers since it was founded by a group of business leaders in 2004.

To make his case, Ewing cited results from the National Assessment of Educational Progress, which is administered to the fourth, eighth, and twelfth grades in math, reading, and science. In 2012, he said, the U.S. government announced that only one-third of students scored “proficient” on the test.

This may sound horrible, he said, if you think “proficient has the usual English meaning of competent or capable.” In fact, he said, proficient in the test's rating system is equivalent to an A minus. "If one third of your students scored in the A range, would that be considered a disaster?" he asked. He also noted that, over a thirty-five-year period, scores on the NAEP have risen significantly.

When compared to students in some other countries, Ewing said, it's true that U.S. students score lower. But that's been the case for the last twenty years, he pointed out. And, if you go back to the 1960s, you'll see that the United States’ standing in the world was the same as it is today, which hardly proves that things have gotten worse. Ewing also cited several major studies showing no link between scores on these tests and a country's economic performance. 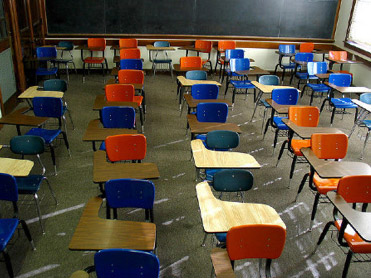 As for the supposed soaring high school dropout rate in the United States, Ewing pinned it at about 24 percent, which is still two times better than the graduation rate for many large state colleges and universities. But he said a better way of measuring high school performance was the “status completion rate,” which counts the number of sixteen-to-twenty-four-year olds who leave high school but later go on to get a high school degree or the equivalent. That number stands at 90 percent, the result of steady progress since 1970.

Still, Ewing acknowledged that the country's school system faces significant problems “There are some schools which are clearly dreadful,” he said, especially in poor neighborhoods. He also said education schools weren't doing a good enough job of preparing their students to enter the classroom. But, he said, he worried most about the disparagement of teachers that’s going on because of the widespread perception that our schools are failing. “Teachers are demoralized,” he said. "They're giving up."

Due to the “obsession with crisis,” more and more emphasis is placed on raising test scores as a remedy, Ewing said. But he said this stymies teacher creativity by forcing them to teach to the tests.

Ewing called for a more nuanced approach to educational reform. “There are really big problems,” he said, “but it's not going to get us anywhere by calling it a crisis.”

Reader Responses to What Education Crisis?