This year is  the 50th anniversary of the enduring, if sometimes troubled, Brown-Tougaloo exchange, established in response to the African American freedom movement in Mississippi, one of the last refuges of the Jim Crow laws. 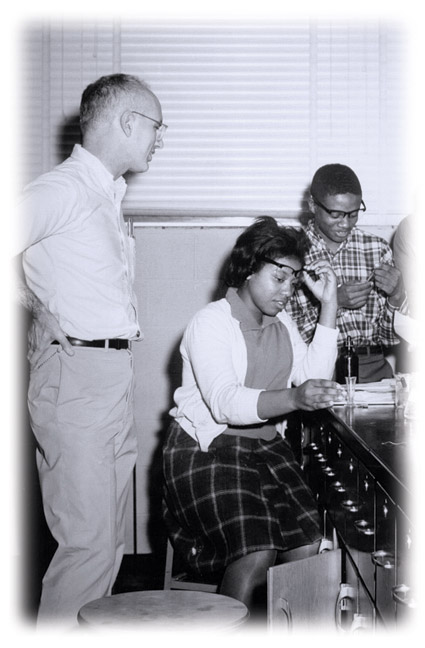 In 1964, administrators at Brown and at Tougaloo, which is in Jackson, Mississippi, agreed on a plan to use Brown faculty and students to help Tougaloo endure this troubled period and thrive into the future. With funding from the Ford and Rockefeller foundations, the schools most famously launched a student-exchange program that even today allows students at one school to study at the other.

Less well-known, perhaps, was the faculty exchange, which allowed Brown professors to travel to Mississippi and fill in for Tougaloo faculty members on leave or sabbatical.

Pictured, Professor of Chemistry Edward F. Greene, a pioneer in the study of chemical reactions, was one of the first faculty members to volunteer to teach at Tougaloo. Greene, who was chairman of Brown’s chemistry department in the early 1980s, was also a longtime member of the Brown-Tougaloo committee.

Read more about the exchange at http://cds.library.brown.edu/projects/FreedomNow/campbell.html

Reader Responses to The Exchange