In Cameroon, according to educator and government official Dorothy Effange Njeuma ’66, students need to be able to do more than just get a good job when they graduate from college. They also need to know how to fight government corruption. 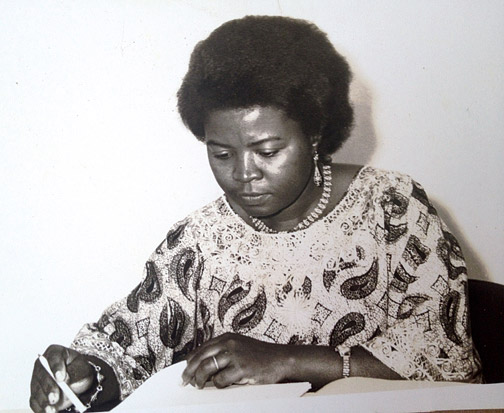 Njeuma, the pro-chancellor of the fledgling Cameroon Christian University (CCU) in the western part of the country, has made it a top priority for the institution to educate students about the impact and prevention of public malfeasance and mismanagement. Last year, Cameroon ranked 144th out of 177 countries in the Corruption Perception Index published by Transparency International.

“Young people need to be guided,” Njeuma says. “The mismanagement and embezzlement of public funds is a most grievous offense in a country that needs funds to improve the life of its people.”

Njeuma was one of eleven children. Her father was a postmaster; her mother—one of his five wives—worked as a teacher. She earned a scholarship to Brown, then continued her education at University College London before returning to Cameroon.

Njeuma has worked in higher education there for four decades. From 1975 to 1985, she was vice minister of national education. She then ran the University of Buea in Cameroon’s South West Region, growing it from 1,000 to 7,000 students during her 17-year tenure. In 2011, she became pro-chancellor of CCU, which is run by the country’s Presbyterian Church. A large part of Njeuma’s job is to lure donors to support CCU’s 300 students, who study liberal arts, sciences, and other fields. CCU “is very much in its teething phases,” Njeuma says. “Its needs are varied: classrooms, laboratories, offices for teachers, and dormitories for students.”

Njeuma was also one of the first citizens appointed to Elections Cameroon (ELECAM) in 2008, which the country’s ruling party established to monitor elections. Its aim is to reform the electoral system, but critics believe that the group is hardly objective. They say that many members are more concerned about maintaining support for the ruling party. The 2011 presidential election, for example, the first overseen by ELECAM, extended the rule of President Paul Biya, who has been in office since 1982. International monitors gave the election mixed results: The African Union’s mission called it “free, transparent and credible,” while the U.S. ambassador said there were “irregularities at all levels,” according to Bloomberg News.

Since those contested results, millions of new voters have been registered, Njeuma says. In an effort to curb ballot rigging, voters are now issued biometric identity cards that include the cardholder’s fingerprint. Another new measure requires voters to register in person.

In the coming years, Njeuma would like to boost turnout even further and see official results announced on election night, rather than weeks later. The technology is there, she says, but election law needs to be updated.

“Elections can make or break a country,” Njeuma says.