Campus was full of activity September 27 and 28, as more than a thousand alumni returned to campus to celebrate the University’s 250th anniversary. Brown birthday celebrations tend to be a mix of seriousness and fun, and this weekend, which included a downtown WaterFire and a family-friendly festival billed as “Sunday on the Green,” was no exception.

The breathtaking intellectual range of students, faculty, and alumni was also on display. Among the forums was “Enduring Legacies of Slavery: Human Trafficking in the 21st Century,” at which U.S. Health and Human Services human trafficking adviser Katherine Chon ’02 described to moderator Anthony Bogues, a professor of Africana studies, the similarities between the techniques now used for enslaving workers and those of the eighteenth and nineteenth centuries: branding people, changing their names, and separating them from their families. Malika Saada Saar ’92, executive director of Rights4Girls, argued that an important weapon against the sexual enslavement of girls is not being used: prosecuting customers for statutory rape. “They are usually guilty only of solicitation,” she said. “We need to name it as a violent crime and get law enforcement to treat it that way.”

During the weekend, faculty and students talked about their work to anyone who would listen, including Professor of Geological Sciences Jim Head, whose planetary enthusiasm is itself an academic Big Bang. 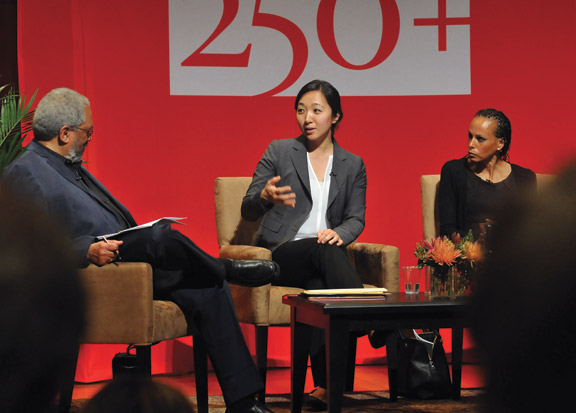 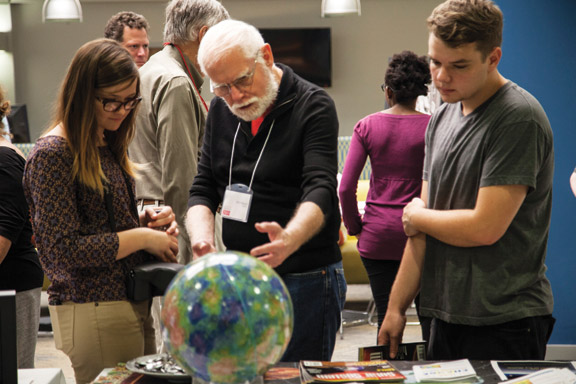 Mike Cohea
Jim Head, center, whose planetary enthusiam is itself an acedemic Big Bang with students.