Last Days in Vietnam, the latest documentary directed and produced by Rory Kennedy ’91, chronicles the final U.S. evacuation from South Vietnam in late April 1975. “It’s shocking to me how few people know what happened,” she told the New York Times. As North Vietnamese troops closed in on Saigon and people became desperate to escape, the White House ordered the evacuation only of U.S. citizens. Utilizing dozens of interviews and rarely seen footage, the film documents the heroism of soldiers and diplomats who, at great risk, defied those orders, helping hundreds of South Vietnamese flee the country. “At this dark moment in American history,” Kennedy told the Boston Globe, “there’s these extraordinary stories of Americans doing the right thing.” Kennedy has directed and produced more than thirty-five documentaries, including Ethel, about her mother, Ethel Kennedy, and Ghosts of Abu Ghraib. 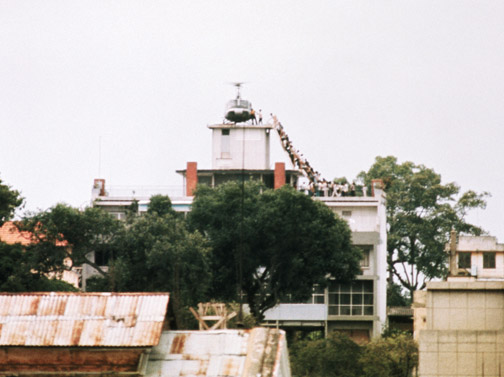