A Second Look at Torture

The BAM’s September/October 2014 profile of former CIA acting general counsel John Rizzo ’69 was published before the release of the Senate Intelligence Committee’s report on the CIA’s post-9/11 detention program. We asked ProPublica reporter Justin Elliott ’07 to examine how Rizzo’s BAM comments held up in light of the new information revealed in the report. 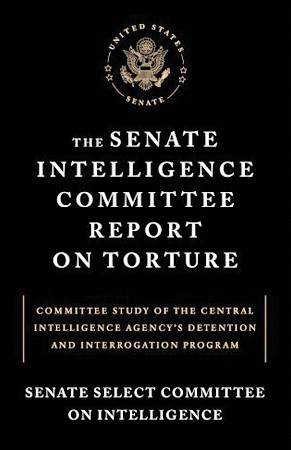 That was one of the techniques described in the Senate Intelligence Committee’s “Committee Study of the Central Intelligence Agency’s Detention and Interrogation Program,” which, after five years in the making, was released in December 2014. (The declassified, redacted executive summary alone fills more than 500 pages.) The report, which unleashed widespread condemnation of the CIA’s actions and the Bush Administration’s leadership, also describes the use of waterboarding and prolonged sleep deprivation, as well as the death of a detainee from hypothermia in a facility described as a “dungeon.”

A key figure in the report is John Rizzo ’69, who played an important role in developing the legal justification for the CIA’s program. Now retired from government, Rizzo told his version of the events in a 2014 memoir, Company Man, which also served as a source for the BAM profile. After discussing the highly pressured process of approving the legality of so-called enhanced interrogation techniques in the wake of the September 11, 2001, terrorist attacks, Rizzo told the BAM, “Mostly my conscience is clear. I’m content.”

Not surprisingly, many members of the George W. Bush administration and even current CIA leaders criticized the intelligence report as biased and unfair. Rizzo himself publicly defended the CIA program. When asked on CNN whether force feeding people rectally constitutes torture, Rizzo admitted it did, adding, “The system was not perfect.”

In an e-mail to me, Rizzo reiterated the distinction between the enhanced techniques and actual torture, which he described as “occasional unauthorized abuses,” some of which were “clearly abhorrent.”

“I would have gratefully taken the opportunity to explain and put in context my decisions, actions, e-mails from years past,” Rizzo wrote me. “Instead, they put [the report] out, trashing my competence, credibility, and honor. This after a thirty-seven-year career of public service.”

Nevertheless, the report casts doubt on statements Rizzo and other CIA officials have made over the years, including a claim Rizzo made in the BAM profile that only three detainees were waterboarded. Senate investigators, for example, found a picture of a waterboard and buckets of water at a detention site in Afghanistan where the CIA claimed it never waterboarded any prisoners. “In meetings with the CIA in 2013, CIA was unable to explain the presence of the well-worn waterboard at the CIA detention site,” the committee noted.

The report also quotes e-mails Rizzo wrote responding to events and politics in real time, e-mails that reveal his thinking about the interrogation techniques he had approved as legal. In one notable e-mail, Rizzo was concerned about a Bush statement, released to coincide with the International Day in Support of Victims of Torture, that claimed the United States was committed to eliminating torture and leading by example. Rizzo e-mailed a White House counterpart conveying “surprise and concern at . . . the Presidential statement . . . as well as a quote from Deputy White House Press Secretary Scott McClellan that all prisoners being held by the [U.S. government] are being treated ‘humanely.’”

In defending the CIA publicly, however, Rizzo expressed a different view. Asked by a senator during testimony a few years later if he thought the CIA’s interrogation program had been “humane,” Rizzo answered: “Yes, sir.”

Rizzo told me that he had wanted to provide more context in that exchange, but “since the [enhanced interrogation techniques] program was still classified at that time, I couldn’t really elaborate on my answer in that forum.”

Reader Responses to A Second Look at Torture