When people ask Lauren Kay ’11 what she studied at Brown, she says she studied love. Okay, officially, she majored in American Civilization, with a focus on gender, relationships, and sexuality. “My concentration meant I got to take a slew of super-fun Brown classes that centered on love,” Kay says. “Courses with names like ‘Please Please Me,’ ‘The Biology and Psychology of How and Why We Fall in Love,’ and ‘The Boy Problem.’” 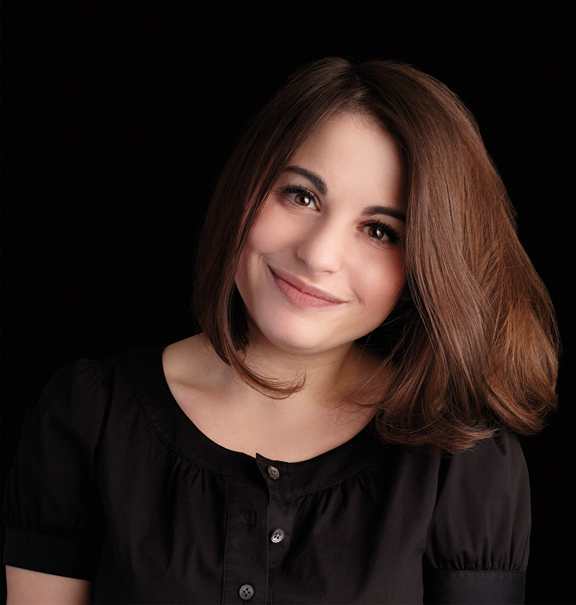 Courtesy Lauren Kay
Kay is matchmaker for the digital age.
Today, Kay is in the love business. In 2013, she, Katie Bambino ’11 (who has since moved on), and Emma Tessler cofounded Dating Ring, an online dating platform based in New York City. Dating Ring distinguishes itself from sites like OKCupid, and Match.com by adding a human element. The company’s six matchmakers—one of them Kay’s cousin, Arielle Balbus ’11—assess the profiles of clients and use their personal judgment to match users. In the age of computerized everything, Dating Ring offers a return to old-fashioned matchmaking. “We are real people looking for matches for you,” the company’s website says.

Kay says most dating service users often rule out matches prematurely. “People are too picky,” Kay says. “They write people off online for reasons they never would offline. We have literally had a guy say ‘I don’t like her shoes.’ We have to remind people we’ve suggested that they meet someone for a number of reasons, and that they should at least try it.”

Dating Ring recently made headlines by flying out a group of New York City single women to meet men in San Francisco. “In New York, there are two to three straight women for every straight man,” Kay says, “and there are tons of straight men in San Francisco. So I had this crazy idea: let’s bring them together.” The bachelors and bachelorettes attended a series of one-on-one dates at the same venue, and couples who hit it off then went out to explore the city together. “One of the women who went on the trip is moving to San Francisco to be with the guy we set her up with,” Kay said. “They’ll probably be the first Dating Ring marriage.”

Kay founded her first company, SmartSitting, when she was a sophomore. It connected families to fully vetted babysitters and nannies and remains in business, with Kay still a majority owner. Dating Ring also has roots at Brown. For a senior-year course on start-ups, Kay, Bambino, and a group of classmates came up with the idea for Brunicorn, a dating platform exclusively for Brown students. Because the group ran out of time before graduating a few months later, they never made the site a reality.

In spring 2013, Kay re-pitched the dating site idea to a group of friends, including Bambino. Bambino left her job at Zynga, and Kay stepped back from the day-to-day operations of SmartSitting. The two lived off savings for a few precarious months before Y Combinator, a Silicon Valley-based accelerator, gave the women the opportunity to develop Dating Ring by providing the seed investment they needed.

Kay herself says she’s been on about fifty online dates, all without any luck. But recently, she found a steady boyfriend. He’s now Dating Ring’s engineer.
What do you think?
See what other readers are saying about this article and add your voice.