Theater of the Oblique

100 Essays I Don’t Have Time to Write: On Umbrellas and Sword Fights, Parades and Dogs, Fire Alarms, Children, and Theater by Sarah Ruhl ’97, ’01 MFA (Faber & Faber). 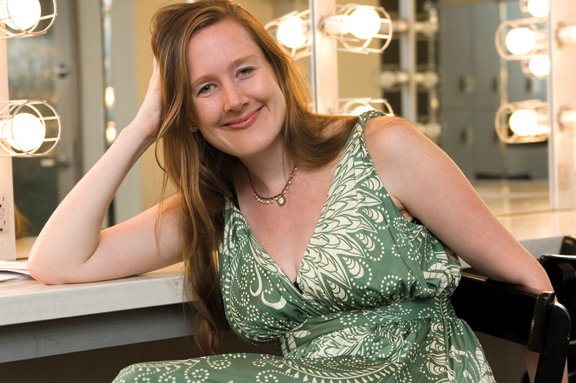 MacArthur Foundation
"One must not think of life as an intrusion," says playwright Sarah Ruhl '97, '01 MFA.

In this deceptively beguiling book, playwright Sarah Ruhl ’97, ’01 MFA launches an assault on the conventions of modern theater. She asks—and 100 Essays I Don’t Have Time to Write is full of interrogatives—why plays need clear plotlines or why drama ever requires conflict. She calls for a theater of the irrational, of emotional feeling, theater full of “the hidden, the dark, and the oblique.” The well-structured play needs to be replaced. “More failure! More demand for failure! More bad plays,” she declares. I’m not sure that’s going to go over well with New York City theatergoers shelling out $200 per seat, but you have to admire Ruhl’s chutzpah.

Ruhl is one of the leading playwrights of her generation, a Pulitzer Prize finalist and the recipient of a MacArthur genius grant. Her work ranges widely in subject, from the invention of electric sex toys in In the Next Room (or The Vibrator Play) to The Clean House, which focuses on a cancer-stricken Brazilian maid looking to discover the perfect joke. Ruhl has become an aesthetic unto herself. And, as popular as her work has been, it stretches the possibilities of theater and plays wildly with form. In Melancholy Play a woman turns into an almond. Somehow all this feels playful and inviting rather than gratuitous or in-your-face experimental.

100 Essays I Don’t Have Time to Write is less a collection of essays than it is a series of aphoristic thought pieces that pose questions instead of providing answers. Several deal with motherhood, including one in which Ruhl recounts the harrowing birth of her twins. No woman who reads it will ever again trust her doctor. She also writes of her struggle to balance playwriting with motherhood—she has three kids in all—deciding in the end that they aren’t really in conflict.

“I found that life intruding on writing was, in fact, life,” she writes. “And that, tempting as it may be for a writer who is also a parent, one must not think of life as an intrusion.”

Ruhl’s critics deride her as whimsical, and the playwright rightfully asks whether that description has something to do with her gender. A male writer following his whimsy is lauded as fearless and daring. A woman does it and she’s labeled frivolous. Still, some pieces in here do feel underbaked, or at least you wish she’d had more time to develop the essay.

When Ruhl was a Brown freshman, her father died. She wanted to write about his passing, but couldn’t figure out a way to do it. Do it obliquely, playwright Paula Vogel, who was then head of Brown’s graduate playwriting program, told her, and she went home and wrote a play about a dog. She’s been blazing routes of indirection ever since.

Reader Responses to Theater of the Oblique