All in the (Brown) Family

In April, the Pulitzer Prize committee announced that David Kertzer ’69, a Brown professor since 1992, had earned the award in the biography category for The Pope and Mussolini: The Secret History of Pius XI and the Rise of Fascism in Europe. 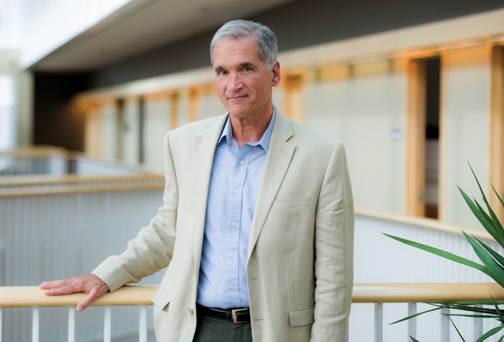 Peter Goldberg
Kertzer had access to archives that the Vatican only recently opened up to researchers.

Calling the book “an engrossing dual biography that uses recently opened Vatican archives to shed light on two men who exercised nearly absolute power over their realms,” the committee chose The Pope and Mussolini over two other finalists. The award came with a $10,000 prize.

Although this was Kertzer’s first Pulitzer, his 1997 The Kidnapping of Edgardo Mortara, was nominated for a National Book Award and later adapted into a play by Alfred Uhry ’58. (Steven Spielberg is developing it into a film.) Kertzer’s editor for The Pope and Mussolini was novelist David Ebershoff ’91, who also edited two books that won Pulitzers in 2013. Assistant Random House editor Caitlin McKenna ’09, Ebershoff’s assistant, also worked on the book, and Kertzer’s literary agent is longtime book editor and former Corporation member Wendy Strothman ’72.

Kertzer, the Paul R. Dupee Jr. Professor of Social Science and a professor of anthropology and Italian studies, is founding director of the Politics, Culture, and Identity research program at the Watson Institute. After earning his PhD from Brandeis in 1974, he taught nineteen years at Bowdoin before joining Brown, where he was provost from 2006 to 2011.

Reader Responses to All in the (Brown) Family