Jason Warwin ’95 was working as a cashier in the Ivy Room when he learned about a work-study job on Providence’s south side counseling low-income teens in the John Hope Settlement House. Twenty years later, Warwin and his lifelong friend Khary Lazarre-White ’95 run the Brotherhood/Sister Sol (Bro/Sis) in West Harlem, which helps 750 young men and women of color, many from at-risk and low-income backgrounds, improve their lives and escape poverty. 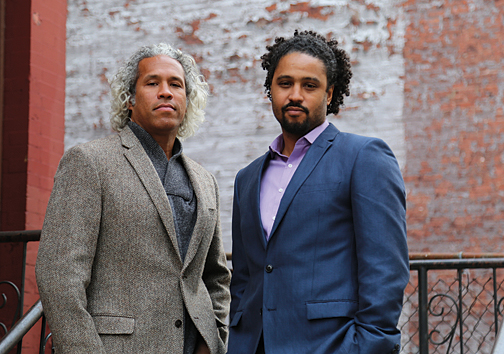 Warwin and Lazarre-White founded the organization in 1995 while they were seniors at Brown. Today its budget has reached $3 million. “This is about providing a deep education and tackling issues that many are afraid to tackle,” says Lazarre-White. “Everybody recognizes that you have to go deep with young people to help.”

Lazarre-White and Warwin met in kindergarten on the Upper West Side of Manhattan. At Brown, they bonded as student activists on such issues as the University’s  admission policies and campus policing. Lazarre-White was president of the Organization of United African Peoples for two years, and Warwin was a member of the Alpha Phi Alpha fraternity, which has a history of community service. “To be able to pursue your passion with one of your closest friends,” Warwin says, “that makes all the difference.”

While working at the John Hope Settlement House, the two Brown students sought to apply their belief that young people can thrive with the support of a strong community around them. Warwin and Lazarre-White worked with fifteen troubled young men and were able to guide them to more stable lives that included finishing school.

The core of their work at Bro/Sis is an after-school junior and senior high school “Rites of Passage” program, in which students are divided into groups of twenty that stay together for four to six years. They meet after class  at Bro/Sis’s headquarters for lessons on such topics as drug awareness, misogyny, conflict resolution, and Pan-African and Latino culture and history. They also go on museum visits or college tours. Student discipline is based on peer mediation and conflict resolution rather than the less effective use of detentions. Bro/Sis also has a community organizing program focused on environmental issues, and the group trains teachers and develops school curricula.

Bro/Sis recently began franchising its Rites of Passage program. The New York City Department of Education this fall rolled out a version of the Bro/Sis teaching model in three schools. All this success has resulted in a $17 million capital campaign to build a modern facility and increase the Bro/Sis endowment to enable the group to help more young people.

Lazarre-White insists that all this success will not change the basic personal and community interactions that have made Bro/Sis so successful. “If you graduated in our first program and came back today,” he says, “you’d have the same feeling. The work is the same.”