To Brown neurology professor Joseph Friedman, who is also the Stanley Aronson Chair in Neurodegenerative Disorders at Providence’s Butler Hospital, Stanley Aronson was “the embodiment of a polymath … yet he was caring, humble, and anxious to help others.” 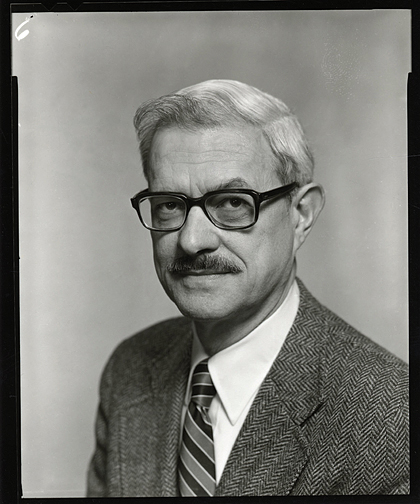 Aronson, the founding dean of the Warren Alpert Medical School, died in January at ninety-two. He arrived on campus in the early 1970s as chief of pathology at Brown and at the Miriam Hospital. An accomplished neuropathologist, he had already published more than 400 research papers and developed laboratory tests for Tay-Sachs disease and muscular dystrophy. He also believed Brown should have a medical school.

“With his experience,” wrote Jack A. Elias, the current dean of medicine and biological sciences, “Dean Aronson could likely have entertained positions at any academic medical center in the country, and seriously considered an appointment at Johns Hopkins School of Medicine in Baltimore. Instead, he chose the far more challenging, and frankly uncertain, task of building a medical school from the ground up at Brown.”

Aronson worked tirelessly with then-provost Merton Stoltz and others to promote the idea. The school launched in 1972 with only forty-three faculty members, sixteen students, and little research infrastructure. But during his years as dean, from 1973 to 1981, Aronson guided it through its crucial first accreditation.

Aronson attributed the school’s early success to those first sixteen “charter” students, who sought to prosper at a fledgling institution with no reputation and an uncertain future. “We had a group of graduate students at Brown,” he recalled. “We said to them, ‘Your records are excellent; you could probably get into Harvard or Boston University immediately. Would you gamble on a school that does not even have a building and that has a faculty so small that we could fit the entire faculty in one classroom? We don’t have permission from the federal government to go ahead. Are you willing to gamble?’”

As dean, Aronson in 1978 created one of the nation’s first departments of family medicine. He also inaugurated the Early Identification Program, a special pathway for college students from Rhode Island and from Tougaloo College, the historically black Mississippi college with which Brown has had a fifty-year partnership.

Aronson was also a devoted teacher. “He remained deeply committed to education and mentoring into the last week of his life,” says Terrie Fox Wetle, dean of Brown’s School of Public Health, “hosting groups of students to discuss medicine, politics, history, and how to be an ethical and effective provider of care.”

Richard Besdine, a gerontologist and former interim dean of medicine, agreed that, for all of Aronson’s accomplishments, he lived for those around him. “He was attentive to and caring about virtually every person he ever met,” Besdine says. “Helping people improve was a huge satisfaction for him. In all his roles—scientist, physician, academic leader, and mentor to many—he always cared about the people. He also knew more about more things than any person I have ever met, but personally was modest to a fault.”

Aronson saw medicine change drastically over his seven-decade career. Although he celebrated advances in medical technology and knowledge, he also sought to supplant the detachment emphasized in his own mid-century medical education with an ethic of modesty and compassion. “The medical schools of that era,” he wrote in a blog post for Rhode Island Public Radio last year, “trained students for a life of solo practice and therefore an immersion in a profession of unilateral decision-making, impassivity in the face of calamity, aloofness, and fatherly rather than brotherly demeanor.”

At the time of his death, Aronson was receiving palliative care from Home and Hospice Care of Rhode Island, an organization he had helped found in the early 1970s. “His dominant professional passion for the last three decades,” Besdine notes, “has been hospice care and palliative medicine.”

Editor of the Rhode Island Medical Journal from 1989 to 1998, Aronson in the 1980s served on the Liaison Committee for Medical Education, the body that accredits medical schools. His career inspired local organizations and donors to establish a scholarship in his name as well as the endowed chair now held by Friedman and a prize for the best graduating medical student in the neurosciences.

Aronson may be best known in Rhode Island for the weekly columns he wrote for more than twenty years in the Providence Journal. In one published fewer than ten days before he died, he explored the topic of death, musing that, in the distant past, the end of a life likely seemed unremarkable. “Except for exalted leaders,” he wrote, “death was a happening rather than an event, a part of the tapestry of surviving in an unforgiving world; and death was the end of an uncelebrated, brutal existence.”

His entire career was aimed at helping to extend life and to help ensure a peaceful death for all, free of the brutal and uncelebrated endings of the past.

Reader Responses to Willing to Gamble