New books by alumni and faculty:

Bobby Wonderful: An Imperfect Son Buries His Parents by Bob Morris, ’82 (Twelve). Baby boomers coming to terms with their parents’ mortality will find much to like in this memoir, which is by turns complicated, questioning, and funny. It’s also a bit of an apology from Morris, who in spots is appropriately hard on himself for not exactly stepping up to face the decline and death of first his mom and later his dad. Morris, a frequent New York Times contributor and the author of Assisted Loving: True Tales of Double Dating with My Dad, has produced a quick, compelling read. 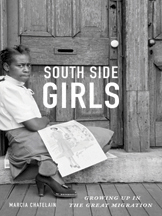 South Side Girls: Growing Up in the Great Migration by Marcia Chatelain ’03 AM, 08 PhD (Duke). Between 1910 and 1970, six million African Americans fled the South and streamed north and west in search of a better life. In the Great Migration’s first wave, which lasted until 1940, the African American population on Chicago’s South Side climbed from 44,000 to 234,000. Chatelain, a Georgetown history professor, uses newspaper and diary quotes to detail the pressures and changing expectations that African American girls faced during this upheaval.

A Passion for Paris: Romanticism and Romance in the City of Light by David Downie ’84 AM (St. Martin’s). A self-proclaimed San Francisco romantic infatuated with all things French, Downie is the author of Paris to the Pyrenees and other nonfiction books about France. He first landed in Paris in 1986 and has lived there on and off ever since. In his latest book, a multilayered story that’s part memoir, part walking tour, and part history, Downie takes up the lives of such nineteenth-century Romantics as Félix Nadar, Alexandre Dumas, Victor Hugo, and George Sand. With rich digressions and plenty of layered detail, Downie describes how much of the Romantics’ world is still available to us today.

The Enigma of Diversity: The Language of Race and the Limits of Racial Justice by Ellen Berrey ’96 (Chicago).

Enemies in the Plaza: Urban Spectacle and the End of Spanish Frontier Culture, 1460-1492 by Thomas Devaney ’06 AM ’11 PhD (Pennsylvania).

A Shadow Over Palestine: The Imperial Life of Race in America by Keith Feldman ’00 (Minnesota).

An Enduring Friendship: for Cynthia Collymore Parker, a Gift for her 80th Birthday by Dorothy Crews Herzberg ’57 (CreateSpace).

Resilience in the Face of Adversity: A Suffolkian’s Life Story by Margaret Tolbert ’74 PhD (Balboa).

That Thing You Do With Your Mouth by David Shields ’78 (McSweeney’s).

The Alphabet of Bugs: An ABC Book by Valerie Gates ’88 (Sky Pony Press).

A Turn For the Verse: Limericks with a Twist by Lewis Gediman ’54 (Muse Ink Press).