If you’re skeptical when your child tells you that playing a game on a smartphone or messing around on a tablet is an aid to falling asleep, you now have a scientific study to back up your naysaying. 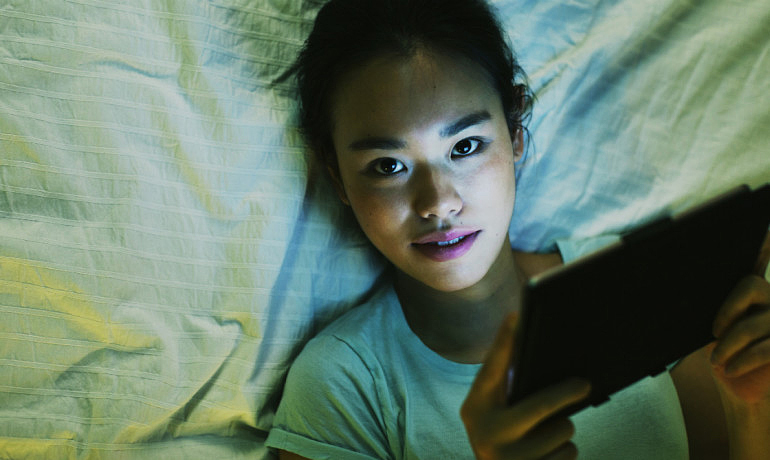 Getty Photos
Contrary to what many teens may think, screen time at bedtime can hurt their ability to get a restful night's sleep.

The new research, published online in the Journal of Clinical Endocrinology & Metabolism, finds that the sleep biology of boys and girls between nine and fifteen who were in the earlier stages of puberty was especially sensitive to light at night compared to older teens. In lab experiments, an hour of nighttime light exposure suppressed their production of the sleep-timing hormone melatonin significantly more than the same light exposure did for teens between eleven and sixteen. The brighter the light in the experiments, the more melatonin was suppressed.

“Small amounts of light at night, such as the light from screens, can be enough to affect sleep patterns,” says Mary Carskadon, the study’s senior author and a professor of psychiatry and human behavior at Brown’s Warren Alpert Medical School. “Students who have tablets or TVs or computers—even an ‘old-school’ flashlight under the covers to read—are pushing their circadian clocks to a later timing. This makes it harder to go to sleep and wake up at times early the next morning for school.”

Reader Responses to Lights Out