On October 24, 1914—thirteen days after Brown celebrated its 150th anniversary on campus—the football team traveled to the Polo Grounds in upper Manhattan to play Cornell before about 6,500 fans, most of them rooting for Big Red.The highlight for the Brown team, which, the New York Times reported, was “outweighed and outplayed,” 28–7, was that the players wore numbers for the first time, so that, as the newspaper put it the day before the game, “the spectators can follow the game intelligently.” 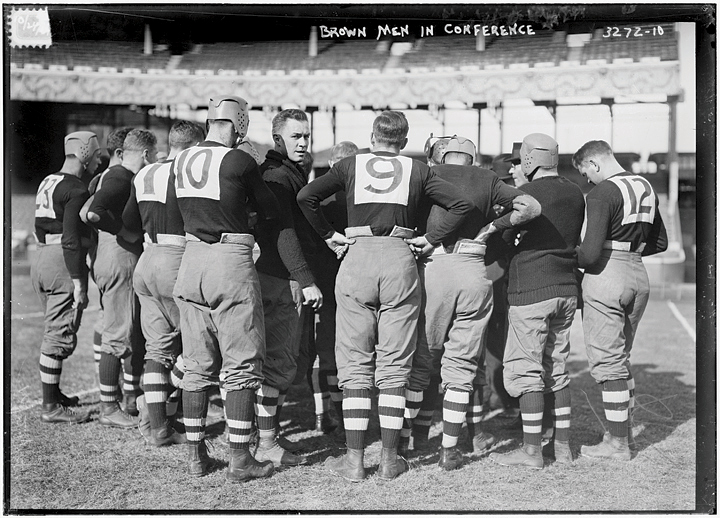 Reader Responses to Who's That?