The Supreme Court may have affirmed, in June, the right of gays to marry, but in the deep South, says Jasmine Beach-Ferrara ’98, “The fight has barely begun. We’re heading into uncharted waters.” 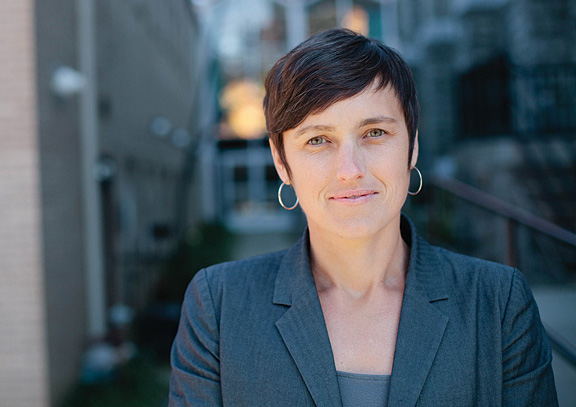 As the executive director of the Campaign for Southern Equality (CSE), Beach-Ferrara has been pushing for LGBT rights since she founded the group in 2011. As a minister of United Church of Christ (UCC) who was raised in North Carolina, she has a unique understanding of the animus against gays below the Mason-Dixon Line. Like Martin Luther King Jr., she encourages tolerance and understanding by appealing to people’s faith.

“The fact that faith is the bedrock of many people’s lives,” she says, “is really important, and creates a richness and, in some ways, a lot of common ground. One piece of my work as a minister who is an out gay person is to show that it’s possible to be a person of faith and an out person."

Rather than leading a church, Beach-Ferrara travels throughout the South mobilizing the LGBT community and trying to win over the naysayers through campaigns for equal rights. Before the Supreme Court ruling, the WE DO Campaign was the centerpiece of CSE’s program. In it, Beach-Ferrara coaxed LGBT couples in places like the Gulf Coast of Mississippi and Greenville, South Carolina, to apply for marriage licenses.

In November 2014 Beach-Ferrara and the CSE won a federal lawsuit against Mississippi governor Phil Bryant that struck down the state’s same-sex marriage ban. “These are places [in the South],” she says, “where the sight of a gay couple walking up to the courthouse is unprecedented, where the pressure to not seek equality is profound.”

Beach-Ferrara grew up in a conservative Presbyterian home in Chapel Hill, North Carolina, and came out to her family when she was 18. “It was a really wonderful home, but that was a time when you couldn’t really talk about being gay,” she says. It was at Brown, she says, that she started realizing faith and homosexuality were not contradictions. University Chaplain Rev. Janet Cooper Nelson was a mentor who helped her reconcile the internal conflict by exposing her to theologies that think of homosexuality as a healthy expression of an individual’s sexuality. “That was the first glimpse I got that I can truly be who I am,” Beach-Ferrara says, “and have a place of faith in the Christian world.”

After college, she coordinated health projects through the Swearer Center for Public Service, addressing childhood asthma and HIV in Providence. She also taught prison inmates. The backlash against Massachusetts’s legalization of gay marriage in 2004 jolted her into political action. She volunteered on congressional campaigns and joined efforts to block state amendments banning same-sex marriage.
Beach-Ferrara says something clicked spiritually in 2005, when she started attending a UCC church in Asheville, North Carolina, that welcomed gays and lesbians. “This really feels like home,” she remembers thinking. Five years later, she graduated from Harvard Divinity School and become an ordained minister.

Since the Supreme Court decision last summer, CSE has shifted to such issues as securing legislative protections against discrimination in housing, employment, and other parts of public life. The group is also supporting a lawsuit aimed at overturning Mississippi’s adoption ban for same-sex couples.

Beach-Ferrara lives with her wife, Meghann Burke, and their toddler, Calvin, in Asheville. A collection of her short stories, Damn Love, was published in 2013 and received an honorable mention for the PEN/Hemingway Award for Debut Fiction.

Reader Responses to Faith and Acceptance