Sitting in the seventh seat of the U.S. women’s eight boat in Aiguebelette, France, Tessa Gobbo ’13 helped her country take the gold at the 2015 World Rowing Championships in September. The women finished 2.87 seconds ahead of second-place New Zealand. With the victory, the tenth straight global title for the women’s eight, the boat qualified for the 2016 Summer Olympics in Rio. Gobbo, a New Hampshire native and a sociology concentrator at Brown, also won gold in the women’s four boat at the World Rowing Championships in 2013 and 2014. 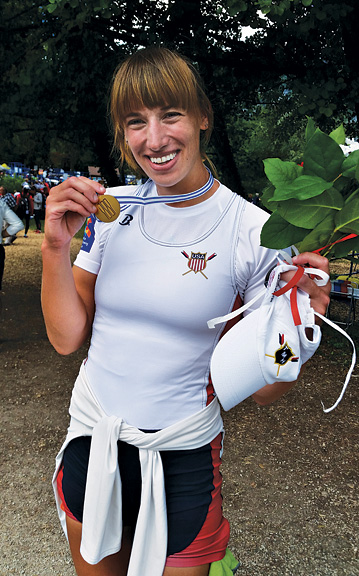 Courtesy Tessa Gobbo
What do you think?
See what other readers are saying about this article and add your voice.