“I am not even a political activist,” Masaru Tamamoto ’79 says. He’s laughing and leaning forward in his chair at a café a short walk from his house in Yokohama, Japan. He seems pretty relaxed for a guy who gets regular death threats. “I am just someone with convictions,” he goes on. “I believe in peace, and I believe in liberty.” 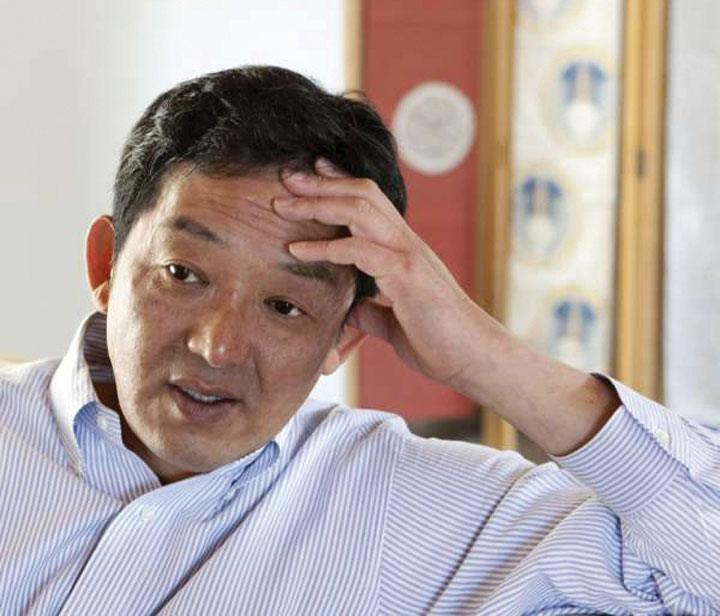 Tamamoto, who divides his time between Japan and Cambridge, England, is a senior fellow at the World Policy Institute, a research associate at Cambridge University, and a former MacArthur Foundation fellow in international peace and security at Princeton. As a member of the New York Times editorial board, a position he no longer holds, he voiced his concerns about Japan's increasing militarism. Last summer, as the seventieth anniversaryof the end of World War II approached, Japan's prime minister, Shinzo Abe, iintroduced bills into Japan's House of Representatives to modify the country's constitution to allow for military action that has been banned since World War II. Tmamoto's opposition is risky in a country where the media faces intense pressure to conform to the governing party line. In the space of just five years starting in 2010, Japan has slipped from eleventh to sixty-first in the Reporters Without Borders ranking of countries according to the freedom of their press,

Born and raised in a country he has criticized as promoting conformity and dependence, Tamamoto has always sought liberty. When he decided to go to an American university, he chose Brown, he says, because other colleges wanted to tell him what to do. Brown asked him what he wanted to do. “I would like to ski. Is there a ski team?” he remembers saying.

“No, but you could start one,” his interviewer replied.

A year later Tamamoto became a founding member of the Brown ski team. It was also at Brown that he began to imagine a more peaceful world. As an international relations concentrator, Tamamoto focused his studies on why there was conflict and how it could be reduced. The free thinking he credits the University for nurturing got him pegged as a nonconformist, even in grad school. “Are you even American?” one of his Johns Hopkins classmates asked during a particularly heated debate. “My professor jumped in to answer, saying, ‘No, he’s not from America. He is from Brown!

Tamamoto teaches classes on Peace Studies and Identity Politics at Meiji Geikuin University and continues to write about the Japanese government’s attempts to circumvent the constitution and enable Japan’s entry into foreign wars. “Am I affecting anything?” he asks. “The right wing in Japan has been attacking me. There are death threats against me on social media. I’ve been called a traitor against Japan. Does this bother me? Yes. But it also means they are worried that something I’m saying will have an effect on the Japanese people. That means I need to keep saying it.”