Forward Cedric Kuakumensah ’16 became the greatest shot blocker in Ivy League men’s basketball history when he swatted away his 253rd blocked shot on December 7. Kuakumensah then registered his 1,000th career point and pulled down his 800th career rebound during a home game against Yale on January 22, becoming the first Ivy League men’s player ever to score more than 1,000 points, grab more than 800 rebounds, and block more than 200 shots. 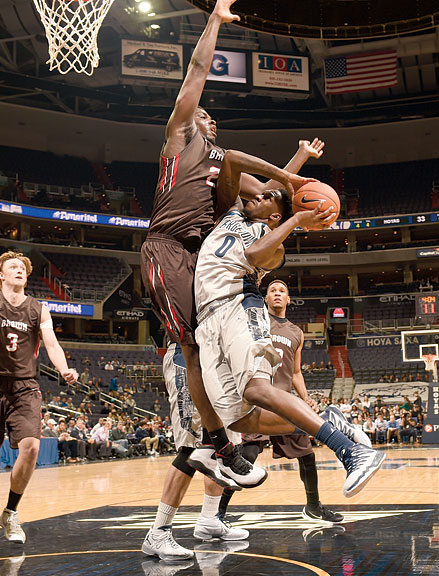