Out Through the Gates!

If Commencement and Reunion Weekend is intended to be both a culmination of the Brown experience and a highlight reel of the best of Camp Bruno, then this year’s celebration pretty much knocked it out of the park. 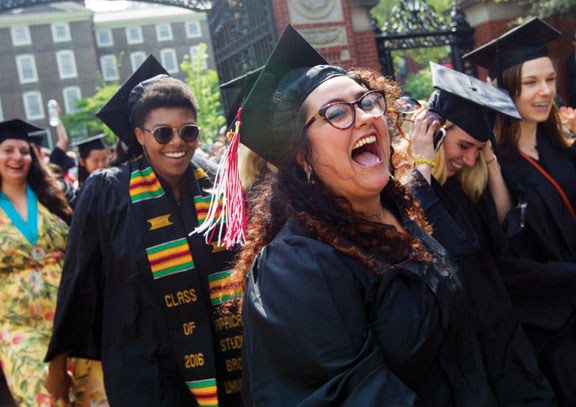 Nick Dentamaro
Nikteha Salazar, center, cheers as she and her friends walk through the Van Wickle Gates.

The weekend’s speeches served the Brown spirit straight up—as progressive and irreverent as always. On Saturday, after prayers and songs and drumming and pageantry from a global sampling of cultures and religions, Kevin Gover, the director of the Smithsonian’s National Museum of the American Indian, delivered a baccalaureate address that urged graduates to go forth and write a new, “rigorously honest” American history that improves on the sanitized, Eurocentric one too often featured in grade school textbooks.

On Sunday, the two student orators each took up the same topic of diversity and rigorous honesty, offering personal perspectives on a hot topic. Jamelle Watson-Daniels said she found that, as an African American woman, especially one interested in physics, “most of Brown had not made space for people like me when I arrived on this campus.” She exhorted fellow seniors not to tell idealized stories of their time at Brown but to “remain forever true” by describing both positive and painful realities. Sabrina Imbler spoke of the class of 2016’s “four years of remarkable resistance on campus,” and how their insistence on making the University better came out of the “fierce and profound love” she and her fellow students have for Brown.

The class of 2016 matriculated the same year President Christina Paxson became president, making it the first class she’d watched develop over all four undergraduate years. She reminded the graduating seniors of what she’d told them at their first Opening Convocation about the importance of having a spirit of “constructive irreverence” in order to generate truly innovative ideas and change the world for the better. She added that they had spent the next four years schooling her on what constructive irreverence—some of it aimed at her administration—looked like in action. Citing the students’ contributions to the University’s diversity and inclusion plan, Paxson also singled out their research on the water crisis in Flint, Michigan; their prodding for a center to serve the needs of first-generation college students on campus; their involvement in drafting Rhode Island’s first-ever climate change bill; and their creation of a new, faster rape test kit. 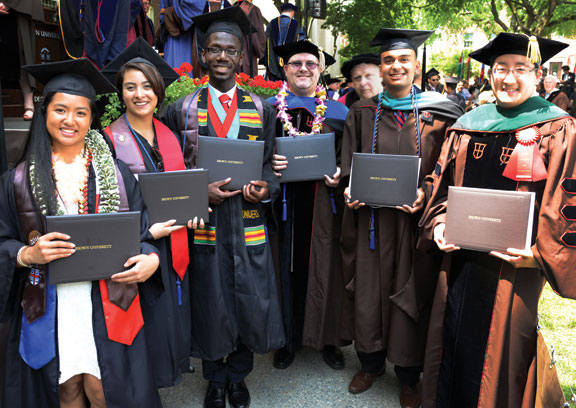 Frank Mullin
Representatives of each major group of degree recipients got their diplomas at the University Ceremony.

Of course, for all the seriousness of the weekend, there was an equal amount of joy and celebration. Alumni came together en masse at Campus Dance on Friday, swinging to Big Band music on the College Green or strutting their stuff to louder music on the Ruth J. Simmons Quad, many of them gathering at midnight for the Senior Sing. Those who didn’t sleep in on Saturday after a night of cutting loose spoke at or attended forums on a wide variety of academic, cultural, and political issues (at which alums showcased their own careers of constructive irreverence and innovation). Then, after taking their kids to Field Day or hitting the ROTC commissioning ceremony or one or two affinity group receptions—Catholic, Latinx, LGBT, Asian/Asian American, and Jewish, among others—many got together again to dance at Unity Funk Night on Saturday before joining the Commencement procession on Sunday.

After the parties and reunions and speeches were over, President Paxson ended with the same words she had used at the class’s first Opening Convocation: “I hope you will be prepared to change a world that too often resists change and too often tolerates the intolerable. To apply this constructive irreverence to the world and all that lies beyond those gates is your challenge and, I hope, your destiny.” 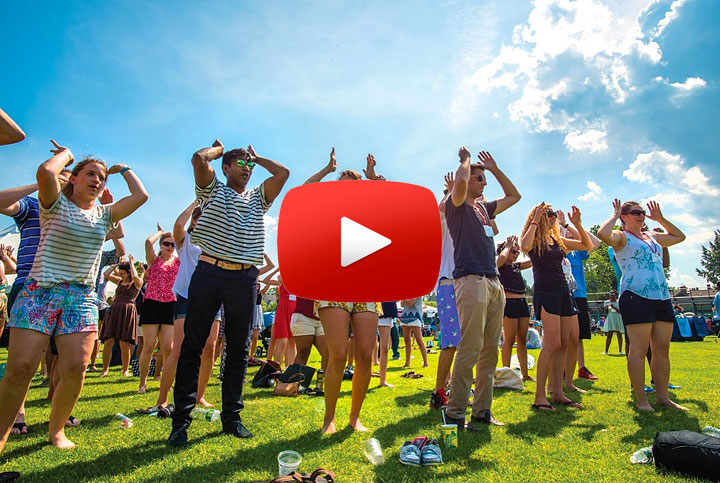 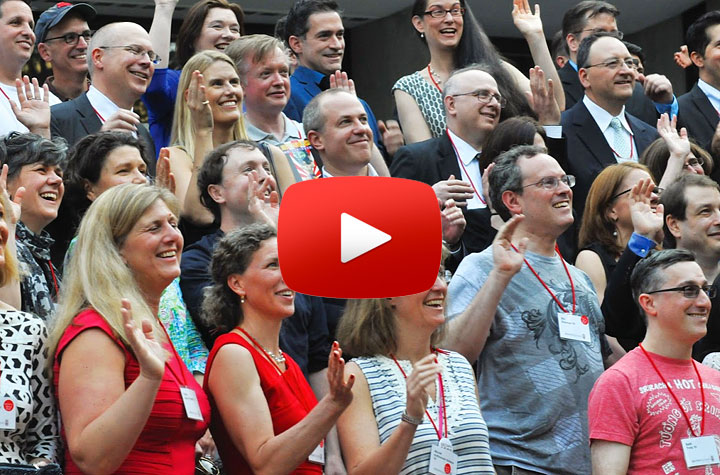 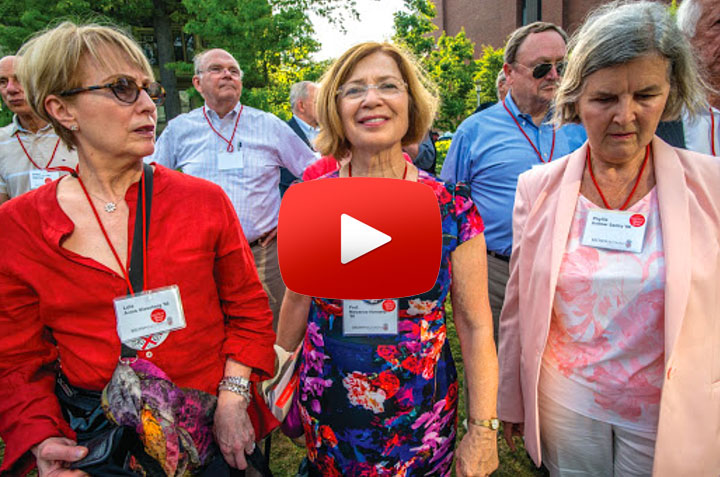 Reader Responses to Out Through the Gates!