Sixty-five years ago this fall, students moved into the newly dedicated Wriston Quad. Previously, Brown had been “a residential college—without the  necessary residences,” as a fund-raising booklet put it. Planning for Wriston had started 30 years earlier, and 51 buildings were razed to make space for it. President Henry Wriston had great hopes for the quad—among them that the setup would help increase diversity in the frats: “Brown fraternities should be constructive forces in the progress toward appreciating people for their minds and character, and nothing else.” 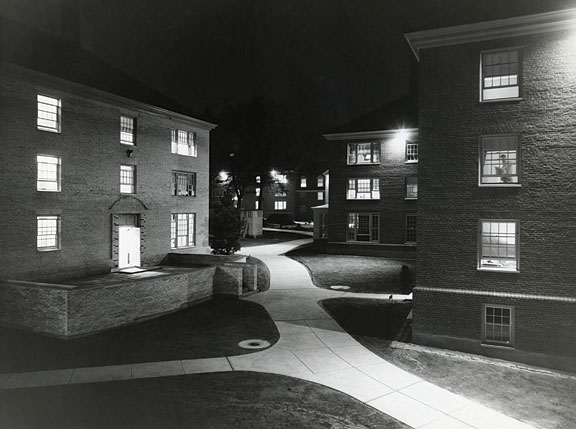