In September, artist and writer Lauren Redniss ’96 became one of 2016’s twenty-three MacArthur Fellows, each of whom received a so-called genius grant of $625,000. Each fellow, according to the MacArthur Foundation, has shown “exceptional creativity and potential for future contributions to their fields.” Redniss was recognized for her “visual nonfiction” books, which are an innovative mix of text, artwork, and other design elements. “I want to create a kind of blend of fact and feeling,” she said in a video on the MacArthur website, “that I don’t feel I’m able to achieve with prose narrative or visual art alone.” Redniss creates every element of her books, including reporting, research, collecting oral histories, making artwork, and designing layouts, covers, and typography.  Her works include Century Girl, Radioactive,  and Thunder and Lightning. 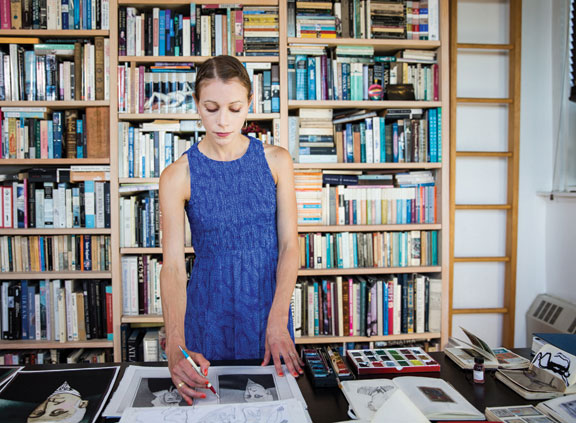 Reader Responses to A Genius Grant