David Margolis ‘61, of Reston, Virginia, who died of a heart-related illness on June 12, was an associate deputy attorney general at the U.S. Department of Justice. Margolis had a magnificent fifty-one-year legal career that involved some of the thorniest cases of the last half century. 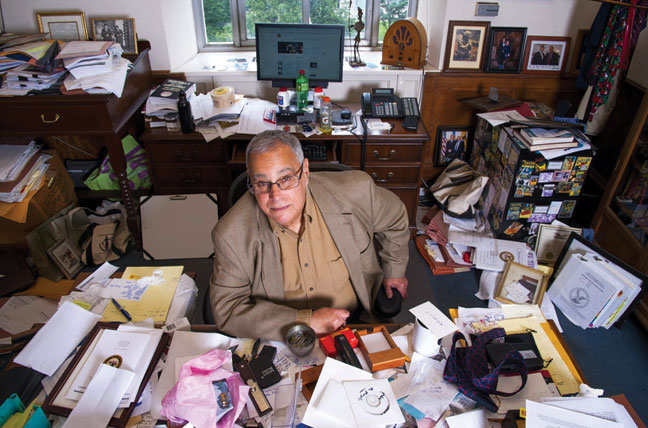 His most difficult and agonizing decision came in 2010, when he overturned professional misconduct charges against Justice staffers John C. Yoo and Jay S. Bybee, who had come up with the legal justification for such enhanced interrogation techniques (EITs) as waterboarding. Margolis concluded that their memos, while flawed, could be excused for being written during the frenzied days and weeks after 9/11. (The memos were essential to the decision by CIA general counsel John Rizzo ’69 to grant permission for interrogators to use EITs. See “Clear Conscience” in the September/October 2014 BAM.)

When the BAM asked Margolis a few years back how he’d survived for so long at the Justice Department, he replied, “I rely on guile, bluff, balls, and the good work of my colleagues, not to mention some luck.” Margolis had a reputation as a sharp-tongued and direct wit as well as a first-rate lawyer. “If you’re full of crap, Margolis will tell you you’re full of crap,” FBI Director and former Deputy Attorney General James Comey once told the Washington Post. “He’ll tell that to me; he’ll tell that to the attorney general; he’ll tell that to anybody.”

In its obituary, the New York Times described Margolis as “an all-knowing, Yoda-like figure.” “Mr. Margolis, who wanted to be a rock ’n’ roll disc jockey as a child, favored loud ties, brightly colored leisure suits (not infrequently stained with food), bell-bottom jeans, and big brass buckles,” the Times noted. “His office was a proud mess of Yankee baseball memorabilia”—Margolis confided to the BAM in 2011 that he more recently supported the Washington Nationals—“comic-book magnets and an Elvis clock strewn among sensitive legal filings and photos of him with political leaders.”

Despite his bravura, Margolis could be self-critical. In 2006, the George W. Bush administration fired seven U.S. attorneys around the country for what were widely thought to be political reasons. Although Margolis was not directly involved in the firings, a report by the department’s inspector general concluded that he hadn’t done enough to try to stop the firings once he’d learned of them. “I should have inserted myself. I was too passive,” he later told Congress.

Margolis enjoyed listening to Elvis and Willie Nelson, preferably while chewing on a good steak. His first job as a lawyer came in 1965 in the U.S. Attorney’s Office in Hartford, Connecticut. Four years later, in 1969, an escaped bank-robbery suspect called him and offered to surrender at a deserted baseball field. The suspect turned out to be armed, and it took fifty minutes for Margolis to convince him to put the gun away and turn himself in.

Margolis soon joined the Justice Department’s Organized Crime Strike Force and served as the attorney in charge of the Strike Force in Cleveland and Brooklyn before moving to Washington, D.C., in 1979. There he became deputy chief of the nationwide Strike Force program and was promoted to chief in 1979.

He was in the middle of many of Justice’s biggest mobster, political corruption, espionage, and terrorism investigations and eventually became the senior career employee advising the attorney general and other political appointees who set policy over the department. Throughout his career he earned some of the federal government’s most prestigious awards. He continued working as the associate deputy attorney general until his death, when Comey said in a statement, “David Margolis was the United States Department of Justice.”

He is survived by his wife, Deborah; two daughters; three grandchildren; and a brother.