Dr. Anthony Ritaccio ’79, vice-chair of the neurology department at Albany Medical College, will never forget the moment in 2008 when he and his research team were able to see, via electrodes on the surface of the brain, a patient decide to move a finger 100 milliseconds before the patient actually moved it. The team had been working on the technology for years. 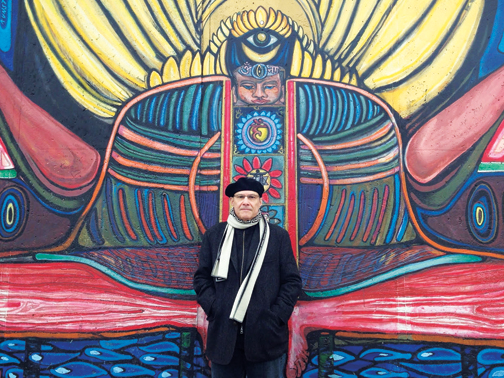 “We thought, ‘Oh, my God, we just mapped intention, how the brain generates desire to do something,’” says the affable and animated Ritaccio, who was named a Fulbright Scholar in 2015 for his work. “We saw the exact part of the brain that lit up when the person was actually formulating a plan to move a finger. Movement isn’t just a trick!”

To be clear, Ritaccio and his team were not asking random people to have electrodes installed in their brains just for the sake of advancing medical knowledge. Such experimentation on a human being is unethical and illegal. However, Ritaccio has worked with epilepsy patients for thirty years, some of whom are willing to  have a vast array of electrodes implanted in their brains to advance their doctors’ understanding of where their seizures are coming from and which part of the brain needs to be excised via knife or laser and which part needs to be left alone.

Such electrodes also gave Ritaccio and his team—with patients’ consent, of course—the perfect opportunity to electronically decode other key brain functions at the same time. “My patients have become a window to study the human brain,” he says. “We’ve been developing a new generation of implantable electrodes to listen directly to the brain’s electrical rhythms.”

He started by having patients read The Gettysburg Address. “We’ve been able, with a one-millimeter electrode,” he says, “to record the raw electrical data from the brain while someone’s reading it.” Afterward, the team worked in collaboration with software engineers and machine-based learning specialists to figure out what brain waves corresponded to which sounds in the speech. They were able, Ritaccio says, to, “decode brain waves so we see, for example, the difference in the brain between making a ssss versus a shhh sound.

“So,” he continues, enthralled, “when the patient is reading the Gettysburg, we can put that brain-wave activity through our predictive machinery, send it to a voice synthesizer, and we’ll get the Gettysburg Address back!”

Such developments have huge potential “prosthetic value” to create software that could help people with impaired speech or motor function to either communicate or move themselves or things, Ritaccio says. “When you read silently or think about certain words,” he explains, “your brain’s auditory area is still thinking about them. When you have a song in your head, you really do have a song in your head!” Already, he says, he and other researchers globally are developing technology that would allow people to externalize thoughts into language or action.

That technologically would also help make brain surgery safer, since surgeons would know exactly what key areas of the brain to avoid. It could also help in battle and spy-craft—and he notes that, indeed, the U.S. Department of Defense is his team’s greatest funding source. “Picture a commander thinking the thought that it’s time to retreat, and the commander’s troops have some sort of implant allowing them to receive a signal coded back into language. Brain-to-brain communication,” he says. “Telepathy!”

Ritaccio majored in classical studies at Brown: “I spent four years taking Greek and not reading anything written after the first century A.D. I took premed courses on the side,” he says. It turned out to be a good way to prepare for a career as a brain surgeon.

When he got to med school at Albany Medical College “and we had to memorize the 400 different pathways of the brain, everyone groaned,” he remembers. “But I’d spent four years memorizing Greek verbs, so I was like, ‘Oh, this is what I do.’”