When you’re Jamie Metzl ’90 and the person seated next to you on an airplane asks what you do, there’s no simple answer. 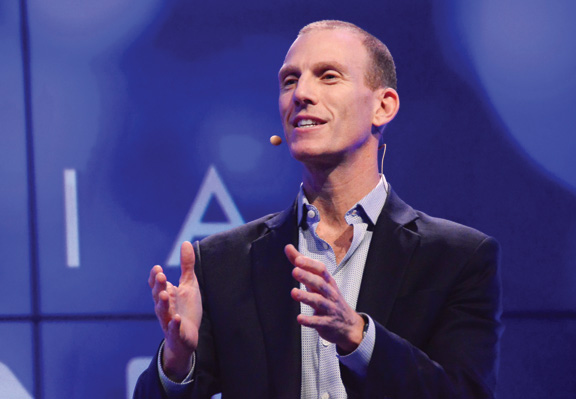 “I answer differently every day. For really attractive women I say I’m a novelist,” laughs Metzl, who indeed has just published his second novel, Eternal Sonata. “Interesting people—I tell them that I’m a futurist and a political commentator. People that I want to get rid of, I say that I work at think tanks.”

And that’s only a fraction of his résumé. He’s served as a top aide on humanitarian affairs in the Clinton administration, monitored elections in Afghanistan, testified before Congress on emergency preparedness after 9/11, and, yes, now works for a think tank as a senior fellow at the Atlantic Council. It’s Metzl’s interest in so many different global issues that drove him to ponder the future—and turn it into fiction.

During the 1990s, while Metzl was an aide to Clinton White House counter-terrorism expert Richard Clarke, his boss urged him to focus on a problem nobody else was thinking about. “I kept coming back to genetics and biotechnology,” Metzl recalls, adding, “What will it mean when humans take control of the evolutionary process?”

Metzl’s odyssey began during his freshman year after he befriended classmate Arn Chorn-Pond ’90 , who had escaped the horrors of the Khmer Rouge era in his native Cambodia. Metzl recalls he was “ashamed” that he had known nothing about the abuses of Pol Pot; he became so obsessed that he quit his summer job and raised enough money to fly to Thailand, where he volunteered at a refugee camp on the Cambodian border. His first book was a 2004 novel based on his experiences working in those camps.

In 2014, Metzl first took on futurism with Genesis Code, an international thriller, a love story, and a cautionary tale about genetic engineering. Eternal Sonata follows a reporter from the Kansas City Star (in Metzl’s native city) in the year 2025 as he investigates the murder of a brilliant stem-cell researcher who seemed on the brink of reversing the aging process. Like its predecessor, Eternal Sonata takes the reader inside a cutthroat world of international spies and rogue players.

“The mapping of the human genome has turned biology into an information technology—which means … we will be more and more hackable,” Metzl says, suggesting that this could cause humans to eventually divide into different species.

Given the implications of the technologies that already exist, he says, “Everybody needs to be a futurist.”

Reader Responses to Seeing the Future