Calling her play Sweat “a nuanced yet powerful drama that reminds audiences of the stacked deck still facing workers searching for the American dream,” judges awarded Lynn Nottage ’86 (at right, above, with Sweat director Kate Whoriskey) the 2017 Pulitzer Prize in Drama. Sweat focuses on a group of factory workers in a poor mill town whose lives are deeply affected by the loss of U.S. manufacturing  jobs. Before writing the play, Nottage conducted extensive interviews with workers in Reading, Pennsylvania. Michael Shulman of the New Yorker called Sweat “the first theatrical landmark of the Trump era … a tough yet empathetic portrait of the America that came undone.” This is Nottage’s second Pulitzer; she also won in 2009 for her play Ruined. 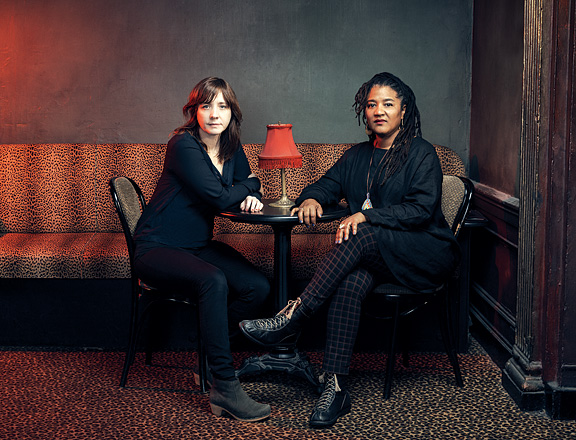 Reader Responses to Another Pulitzer