As a longtime LEGO fan, when Maia Weinstock ’99, deputy editor of MIT News, heard about the company’s Ideas Competition, she decided to bring together two of her other passions: space travel and the history of women in STEM fields. The result, the Women of NASA, topped the competition. The new set, which should be available later this year, features NASA mathematician Katherine Johnson, computer scientist Margaret Hamilton, NASA chief astronomer Nancy Grace Roman, and astronauts Mae Jemison and Sally Ride. “I hope children will learn about these women, and maybe even want to be them someday,” Weinstock wrote in an e-mail. “It would be especially gratifying to know that, twenty-five or thirty years from now, the first woman to walk on Mars—or an engineer or programmer who helped get her there—played with and was inspired by these toys.” 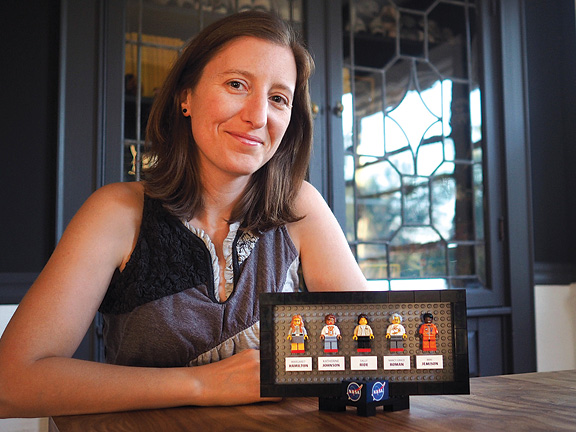 Reader Responses to Women of NASA