When friends would ask Viet Nguyen if he wanted to go to a campus event that cost money, he often had to say no. He couldn’t afford it. As a low-income student at Brown, Nguyen skipped many of the activities that, for other students, helped define their college experience. Some courses and policies at Brown aimed to address class differences, but Nguyen knew firsthand that a lot of work was still necessary. Resources for low-income and first-generation students didn’t always feel accessible or helpful, especially because they weren’t created by people who had been through those experiences. 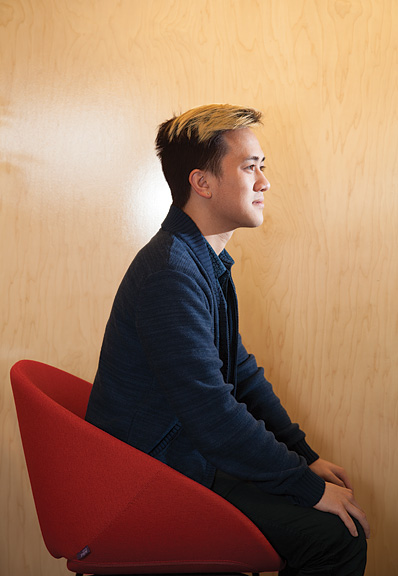 And so Nguyen decided to run for president of the Undergraduate Council of Students—a week before the first campaign milestone. “It was the most stressful week of my life,” he says. He had to approach hundreds of Brown students to sign his petition, something that was absolutely terrifying for Nguyen, a self-described introvert. But the motivation to use his own experiences to make real changes was enough to push him onto the public stage. He won almost 60 percent of the vote.

As president, his first move was a UCS initiative to provide tampons and pads in women’s, men’s, and gender-inclusive bathrooms throughout campus, thereby highlighting the reality that some trans students also need these products that, for those who menstruate, are as basic as toilet paper. “Tampons and pads are not luxuries, but necessities, and should be treated as such,” Nguyen declared.

Access to higher education, Nguyen believes, is essential to achieving widespread social change. He remembers watching his mother learn English at the age of thirty (both of his parents immigrated to the United States from Vietnam) and his grandmother trying to learn how to pronounce Thomas Jefferson’s name for the U.S. citizenship test. Seeing this as a child led Nguyen to wonder, “How do we learn?”

So he concentrated in education studies at Brown and now wants to work on improving access to and success in higher education. Broad change in elementary and high schools, Nguyen says, is more difficult because there are so many different approaches. Higher education, on the other hand, “is a set of dominos where, if one person does something, everyone else will follow,” he says.

Nguyen will teach English in South Korea on a Fulbright after graduation. “I’m hoping to volunteer to work with North Korean defectors and look at work with the elderly,” he says After that he will work in social-sector consulting at the Bridgespan Group with the Harlem Children’s Zone and the Gates Foundation.