Who Got the Honoraries? 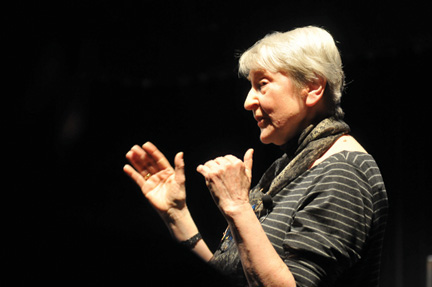 DAVEED DIGGS '04
Doctor of Fine Arts
An actor who combines theater with spoken-word poetry and rap, Diggs won a Tony for playing both Thomas Jefferson and the Marquis de Lafayette in Hamilton. He is a member of the West Coast–based rap deconstructionist trio “clipping,” and has appeared as a recurring character on Law & Order: SVU, black-ish, and The Get Down (see “Boxless Thinking,” page 10).


DONALD HOOD ’68 ScM, ’70 PhD
Doctor of Humane Letters
A Columbia faculty member since 1969, Hood is the James F. Bender Professor of Psychology and Professor of Ophthalmic Science. He teaches the relationship between the brain and behavior, and his research focuses on the diseases of the retina and optic nerve. He has been a fellow of the Brown Corporation since 2010 and secretary since 2008.


INDRA K. NOOYI
Doctor of Humane Letters
Chairman and CEO of PepsiCo, Nooyi is the chief architect of the company’s Performance with Purpose philosophy. PepsiCo has twenty-two brands, including Quaker, Tropicana, Gatorade, Frito-Lay, and Pepsi-Cola, which together generate more than a billion dollars annually in retail sales.


ROSMARIE WALDROP
Doctor of Letters
The author of more than three dozen books of poetry, fiction, and criticism, Waldrop has also translated more than twenty books from French and German. In April she received the Los Angeles Times Book Prize in poetry for Gap Gardening: Selected Poems. With her husband, Keith Waldrop, she runs the small publisher Burning Deck, for which she also writes and translates.

Reader Responses to Who Got the Honoraries?