The new book ABCs from Space: A Discovered Alphabet by Adam Voiland ’05 is a world apart from the typical “A is for Apple” genre of children’s books. A writer for the NASA Earth Observatory, Voiland combed through thousands of satellite images to find 26 in which winding rivers and fjords, cloud formations, and land patterns resemble letters from the alphabet. An appendix identifies the location of each image as well as the exact representation in each letter, such as a pair of cyclones forming an “S” spinning over the Indian Ocean. Voiland’s hope is that children will not only learn their alphabet but be inspired by the view from space. As a reviewer for the New York Times wrote, “Twenty or so years from now, we may point to this book as the launchpad for the careers of astrophysicists and astronauts.” 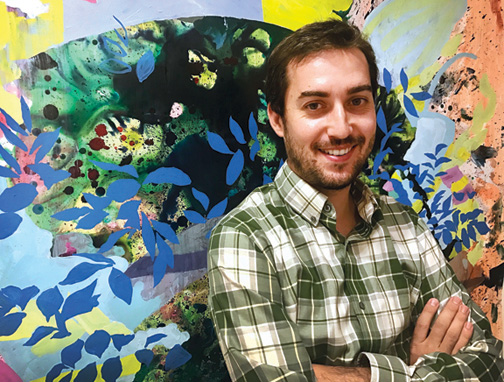