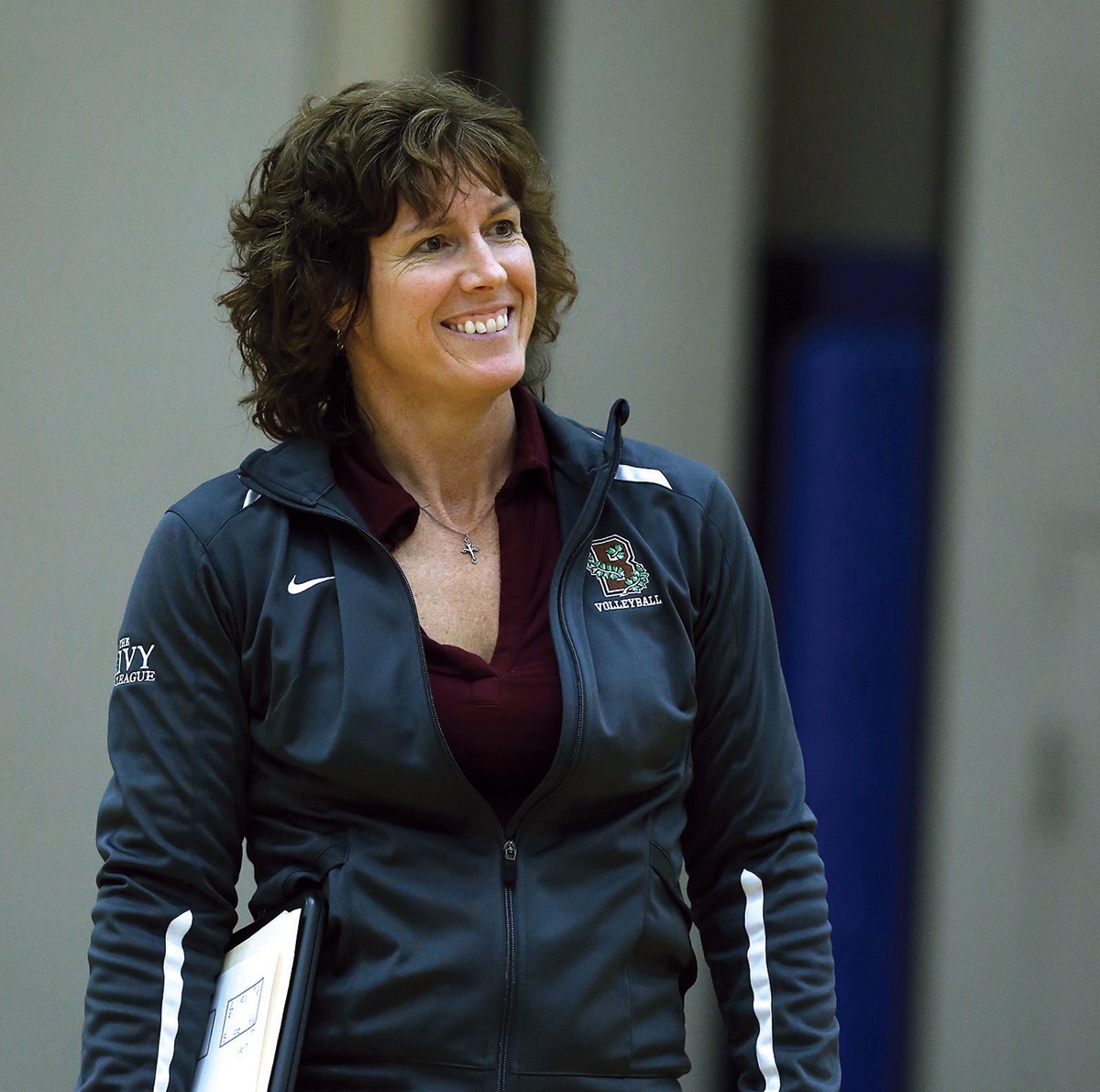 Coach Short on the sidelines in 2015Photo: David Silverman

Diane Short got her first coaching job when she was 16: coaching basketball for kids. “We ended up winning the New England championship. And I thought, ‘I really like this coaching thing.’”

As a teen, Short competed in downhill skiing, cross-country, and track, then landed a volleyball scholarship at the University of Rhode Island. But it was in coaching that Short found her vocation. She retired in November after 25 years as head coach of Brown Women’s Volleyball. Her teams made it to the NCAA Championships twice and clinched three of Brown’s four volleyball Ivy League titles. She coached 27 All-Ivy players, three Ivy League Players of the Year, and two Ivy League Rookies of the Year. Her 1998 squad, in addition to winning the Ivy League championship, also scored the most wins ever in Brown volleyball history: a spotless 7-0 record. (12-0, if you include the double elimination Ivy League Championship.)

“That’s your goal, to win that Ivy League Championship,” she says. She won it in 1996, and again two years later. Her 1998 squad was a powerhouse: “We had a good combination of really strong freshmen and upperclassmen, and we had four or five people that could get double-digit kills each game. They weren’t intimidated by anyone,” she says.

Recruiting has become easier over the decades, Short says, as financial aid packages at Brown have gotten better. “You couldn’t really recruit a middle class kid,” Short explains. “The loans were just overwhelming. What are you going to do, ask someone who could get a full sports scholarship to get a $27,000 loan?”

Short is excited by the elimination of Brown loans for 2018-19 students, which President Christina Paxson announced in December. “That’s going to be a positive change for the new coach,” she says.

Perhaps the legacy Short is most proud of is her impact on the players. “The greatest gift of my life is that she helped me get into Brown,” says Natalie Meyers ’09. After serving as team captain her senior year, Meyers got a Masters in Public Health at Harvard and today works in international development in London. “I still play volleyball here, with three other girls from the Brown volleyball team,” she says. “Diane enabled this lifelong bond of friendship.”

Reader Responses to Set for Life