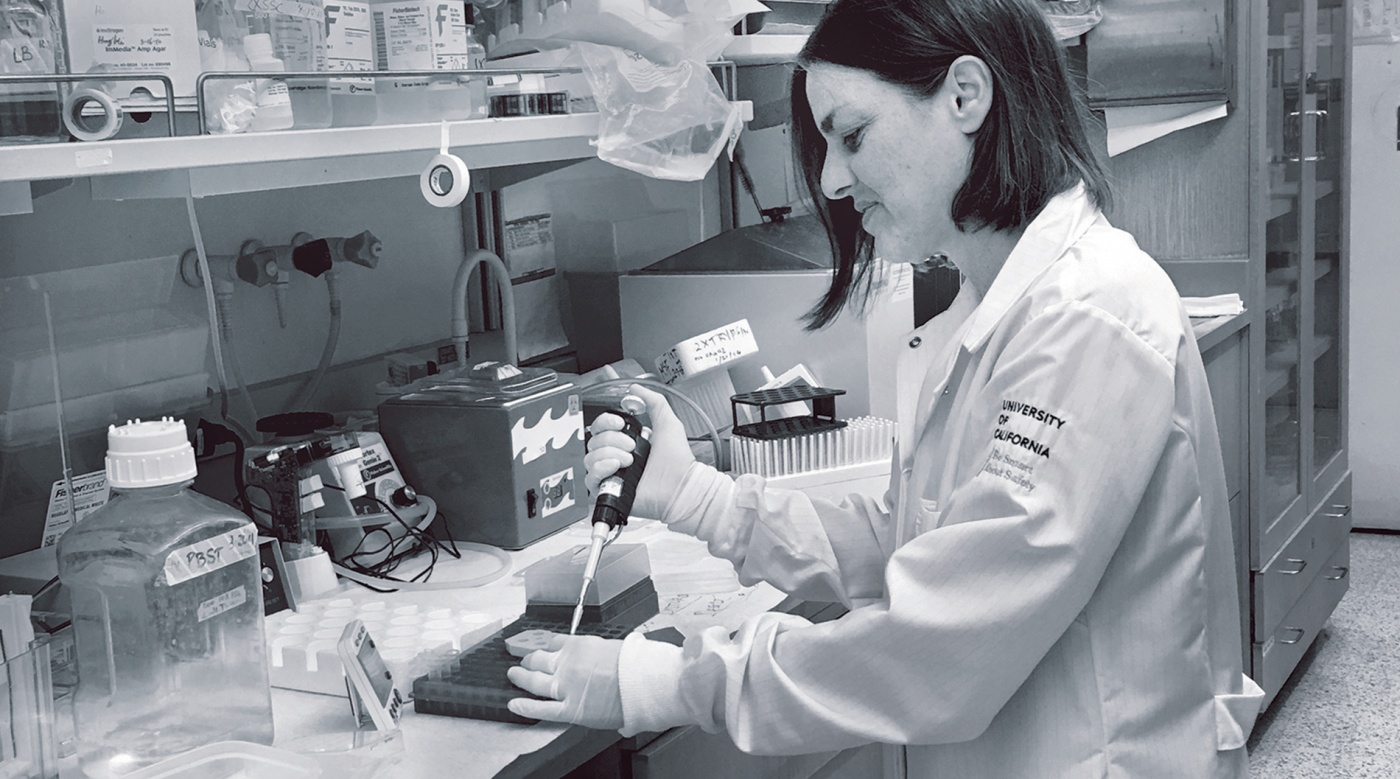 Marlena Schoenberg Fejzo in her lab at UCLAPhoto: Lillian Ramos

During her second pregnancy in 1999, recalls Marlena Schoenberg Fejzo ’89, “I was so sick that I could not move without vomiting and was placed on a feeding tube.” She ended up losing the baby in the second trimester.

It turns out that she’d had a condition called hyperemesis gravidarum (HG), a severe form of nausea and vomiting—far worse than common morning sickness—experienced by up to 2 percent of pregnant women. With symptoms including rapid weight loss, malnutrition, and dehydration, HG can lead to serious health consequences for both mother and baby.

“I never heard the term until I was diagnosed,” says Fejzo. But her experience inspired her to focus on studying the condition. A geneticist at UCLA, Fejzo learned that research on HG essentially stopped after the late 1950s, when women with severe morning sickness were treated with the drug thalidomide and subsequently gave birth to babies with limb deformities. After that, she says, drug companies shied away from developing new therapies for morning sickness.

But that might change now that Fejzo has made significant headway into the genetic basis of HG. She and her colleagues recently identified two genes associated with the condition that are known to play important roles in placental development and appetite regulation. Additionally, the two genes are linked to cachexia, a weight loss and muscle wasting condition with symptoms similar to those of HG that leads to death in about 20 percent of cancer patients.

Fejzo hopes the findings will lead to more research and, eventually, to treatments for HG. For many women, says Fejzo, the news that HG is a physical condition with a genetic basis validates their suffering. Fejzo says that some doctors do not take women’s complaints as seriously as they should.

“There are still doctors that will discount pregnant women’s concerns and say that severe nausea is all in a woman’s head,” she says.

“Since I had it, I felt compelled to work on it,” says Fejzo. I’ve always been interested in women’s health, so this became my passion project, and I’ve been working on it ever since.”

Reader Responses to A Miscarriage Clue