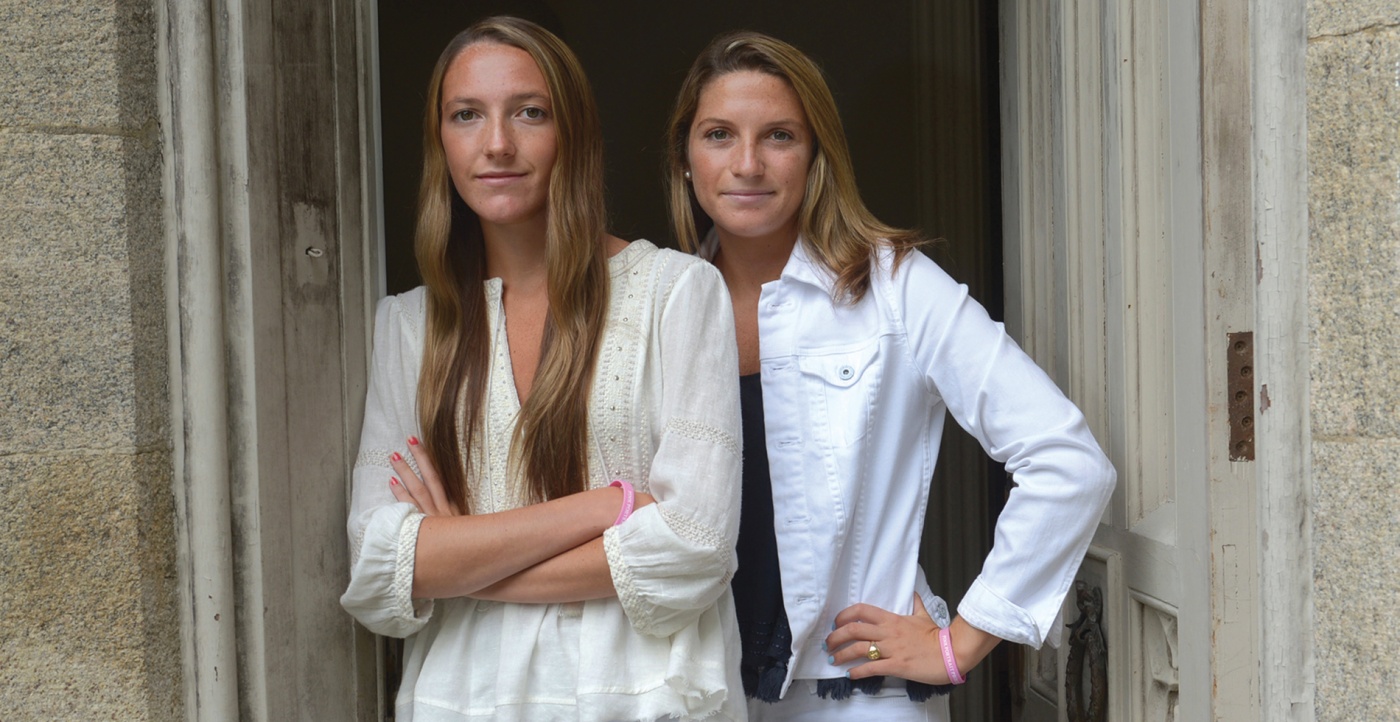 In 2009, Caleigh Steele ’20 of Norwalk, Connecticut, and her sister, Lynden, were accompanying their mother, who had breast cancer, to her double mastectomy when they took a group picture on the lawn with their new dogs. The photo became precious to them and their mother, who survives. In 2014, aiming to give other women struggling with breast cancer the opportunity to be professionally photographed surrounded by their loved ones or support team, they started pinkportraitproject.com, which has since arranged pro bono portrait sessions for 150 women and their care networks in ten states. “It’s families, friends, workout buddies, neighbors, pets,” says Steele (right, beside Lynden), an English and sociology concentrator. She says that the project has been helped by a $2,500 Vital Voices grant, linked to the Ann Taylor retail company, and by the Manhattan-based portrait photographer Jeffrey Shaw. “It’s to provide women with something that reminds them of the strong support they have around them in difficult times,” she says. Everyone gets an 8x10 print and a digital album of their shoot. “This is for women to be able to celebrate the relationships in their lives.”

Reader Responses to Portraits of Love