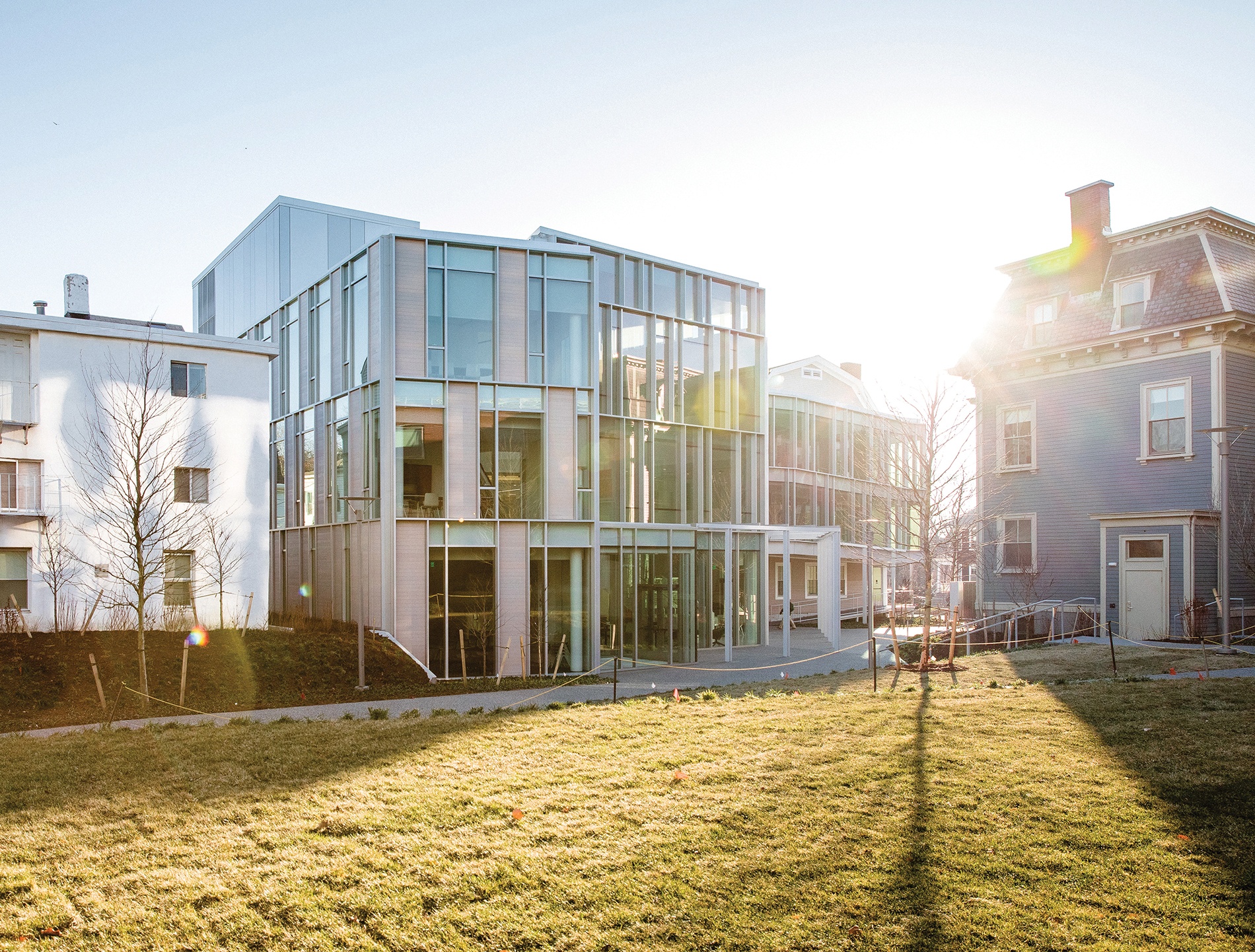 Jim Yong Kim ’82, after six years leading the World Bank, is now a Watson Institute senior fellow in international and public affairs. He sat down with Watson Director Edward Steinfeld for a public Q&A in February that also served as the inaugural event for the newest building on campus, the institute’s glass-fronted Stephen Robert ’62, P’91 Hall (at right). Between references to his time as an undergraduate—he still remembers Barrett Hazeltine’s explanation of electricity—Kim spoke about taking on big projects: “My whole career, if you wanted to characterize it briefly, it would be, I said yes to things that nobody thought I could do.” At the World Bank, he raised more capital—“Financially, the bank is much better off”—and led deeper involvement in climate change. Kim, an infectious disease physician, added that the bank rose to meet the Ebola crisis: “We created pandemic insurance. We now have $450 million that will automatically be released whenever an epidemic reaches a certain stage, so we’ll never have to sit around and wait again.”

Kim also spoke about the global economy and the critical importance of investing in renewable energy. “You have to ask, ‘What forces in the world are powerful enough to drive complete change in energy and infrastructure?’” he said. “Unfortunately, I see no force greater than market forces.”