Joseph L. Tauro ’53
His decisions transformed countless lives, in the courtroom and beyond 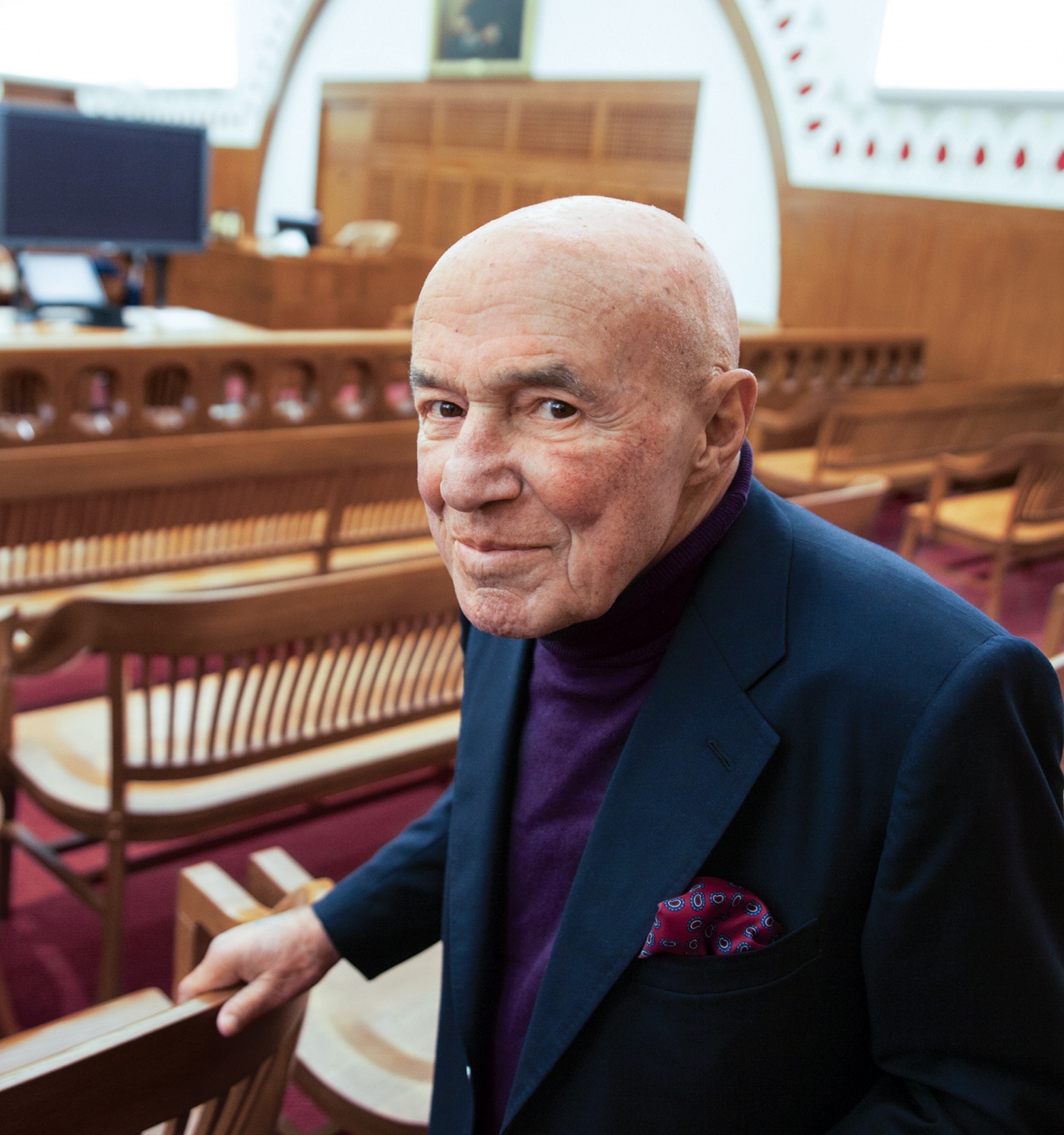 When retired federal judge Joseph L. Tauro ’53 died on November 30 at age 87, he was lauded as an uncompromisingly fair jurist whose commitment to common sense and justice drove dramatic social change in Massachusetts.

Appointed in 1972 to the First U.S. District Court in Boston, Tauro stayed on the bench for more than forty years and was chief judge from 1992 to 1999. Before he retired in 2013, Tauro gained national prominence for landmark decisions affecting the treatment of the mentally disabled in state care in Massachusetts and the equal status of same-sex couples.

Shortly after his appointment to the federal bench, he was assigned to a suit brought by the family of a patient at a state-run residential school alleging that squalid conditions and routine abuse violated patients’ constitutional rights. Not content to rely on testimony, Tauro gathered lawyers from both sides and drove several hours west to visit—unannounced—the Belchertown State School for the Feeble-Minded. Inside he found more than 1,500 patients living in filth and misery, packed into a building designed to hold 400. Rats bit patients tied in their beds, staff administered hose “baths,” and a stench of urine and feces was overwhelming. Tauro observed a girl drinking from a dirty toilet. “There was just incessant screaming,” he recalled in a 2011 biography.

The judge acted on the spot, telling lawyers he’d seen enough evidence: “Why don’t we go right to the remedial phase?” Within six months a consent decree had mandated steps to bring Belchertown and other state schools up to federal standards. Under Tauro’s watch, Massachusetts set about improving living conditions at residential schools, hiring more and better-trained staff, and placing qualified residents in group homes. For the next twenty years Tauro monitored the state’s implementation of the decree, assembling lawyers for updates and visiting facilities himself.

The impact of the case was profound: Tauro “nearly single-handedly changed the lives of thousands of individuals,” said Colleen Lutkevich, executive director of COFAR, a Massachusetts nonprofit that advocates for people with developmental disabilities. “Judge Tauro will always be remembered for protecting the rights of the mentally ill in Massachusetts,” says John McConnell ’80, U.S. District Court Judge for Rhode Island. “His work was cutting-edge and served as a national model.”

Tauro again made national headlines in 2010 when he became the first federal judge to rule unconstitutional a portion of the federal Defense of Marriage Act (DOMA) that defined marriage as being solely between a man and a woman. He explained that he could imagine “no way” in which a couple’s sexual orientation should limit the benefits they were entitled to. Tauro’s decision opened the door for same-sex couples to legally marry in Massachusetts, and in 2013 the U.S. Supreme Court upheld his ruling. (A 2015 Supreme Court decision made same-sex marriage the law of the land.)

Born in Winchester, Massachusetts in 1931, the son of a Massachusetts Supreme Court chief justice, Joe recalled being taunted with anti-Italian slurs while growing up in working-class Malden, north of Boston. “That may be why I am so sensitive today with respect to bigotry,” he said in Benchmarks XXIV, his 2011 biography. After graduating from Brown, where he played varsity baseball, and Cornell Law School, Tauro established a private law practice in Massachusetts and taught at Boston University School of Law. He served Gov. John Volpe as chief legal counsel for four years before he was appointed to the U.S. District Court.

A man of small physical stature, he was described by Caroline Hayday, one of his former clerks, as having “a huge personality. [He was] a force of nature.” By all accounts, this brilliant and confident judge was also compassionate and humble. “All the lawyers who appeared before him raved about his kind manner,” says John McConnell. Martin Healy, chief legal counsel for the Massachusetts Bar Association, told The Daily Item newspaper that he had never heard any lawyer say a negative word about Tauro. “Coming from the legal field, where it can be contentious,” Healy said, “that’s quite an accomplishment.”

To the end, Tauro insisted that he wasn’t a “social activist judge,” preferring to describe himself as moderate and impartial. Yet it was true, he told the Boston Globe, that “I enjoy the opportunity to serve as a catalyst.”

He is survived by his wife, June; daughter, Elizabeth Tauro ’84; two sons; and six grandchildren.