Fair Chance
Can you live a lawful life after prison? 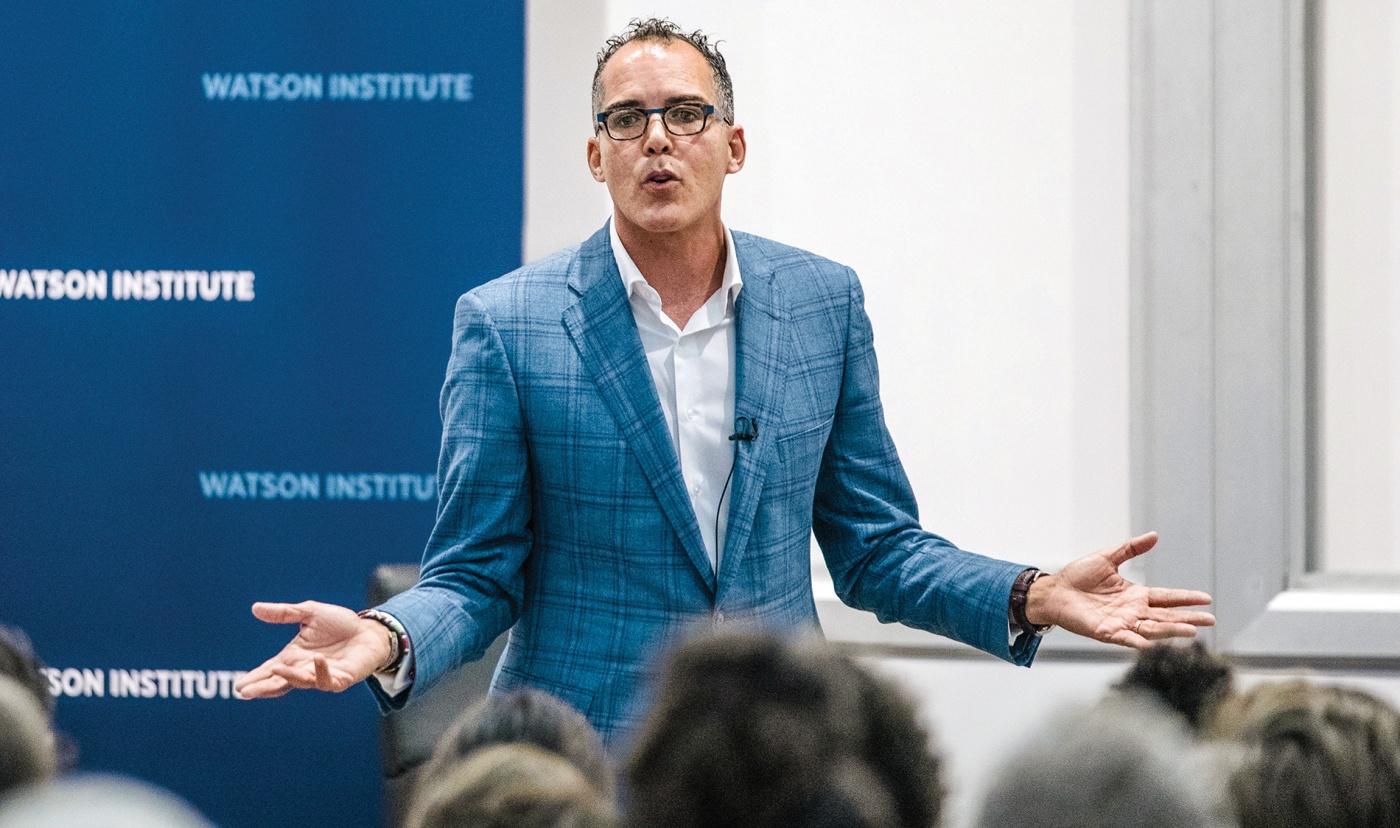 Since publishing his 2017 Pulitzer Prize-winning book Locking Up Our Own: Crime and Punishment in Black America, which drew on his experience as a public defender in Washington, D.C., Yale University law professor James Forman Jr. ’88 has traveled the country speaking about the history of mass incarceration. He returned to Brown in November, giving a talk at the Watson Institute. Forman recently shared his thoughts on the current policy debate with BAM contributing editor Stephanie Grace ’87.

BAM: What’s your take on the First Step Act, which Congress passed last year and President Donald Trump signed? What does it do, and what doesn’t it do?

Forman: The first thing that it does is it provides for reduced sentences for some of the people who got very, very long sentences for selling drugs in the 1980s and 1990s. Congress went crazy with extreme mandatory minimums and mandatory minimum sentences that targeted people who were selling crack in particular, who because of both policing practices as well as patterns of drug distribution were disproportionately African American. So you had all these people in federal court who got 20, 30, 40, 50 years, in some cases life, sometimes for a first offense. You could have been part of a group of people and you had a relatively small role, but if the group of people collectively sold a lot of drugs, you could get up to life.

What’s most crucial about the First Step Act is that it’s retroactive. There’re a couple thousand people, at least, who are going to very quickly get relief after spending decades in prison.

Probably the main thing that it doesn’t do it is anything for anybody who’s not in the federal system. The federal system is only 12 percent of people incarcerated. Having said that, I think it’s an important marker because it sends a message, evenly in this incredibly polarized, incredibly gridlocked moment, that Congress and the president can agree overwhelmingly that we lock up way too many people for way too long. 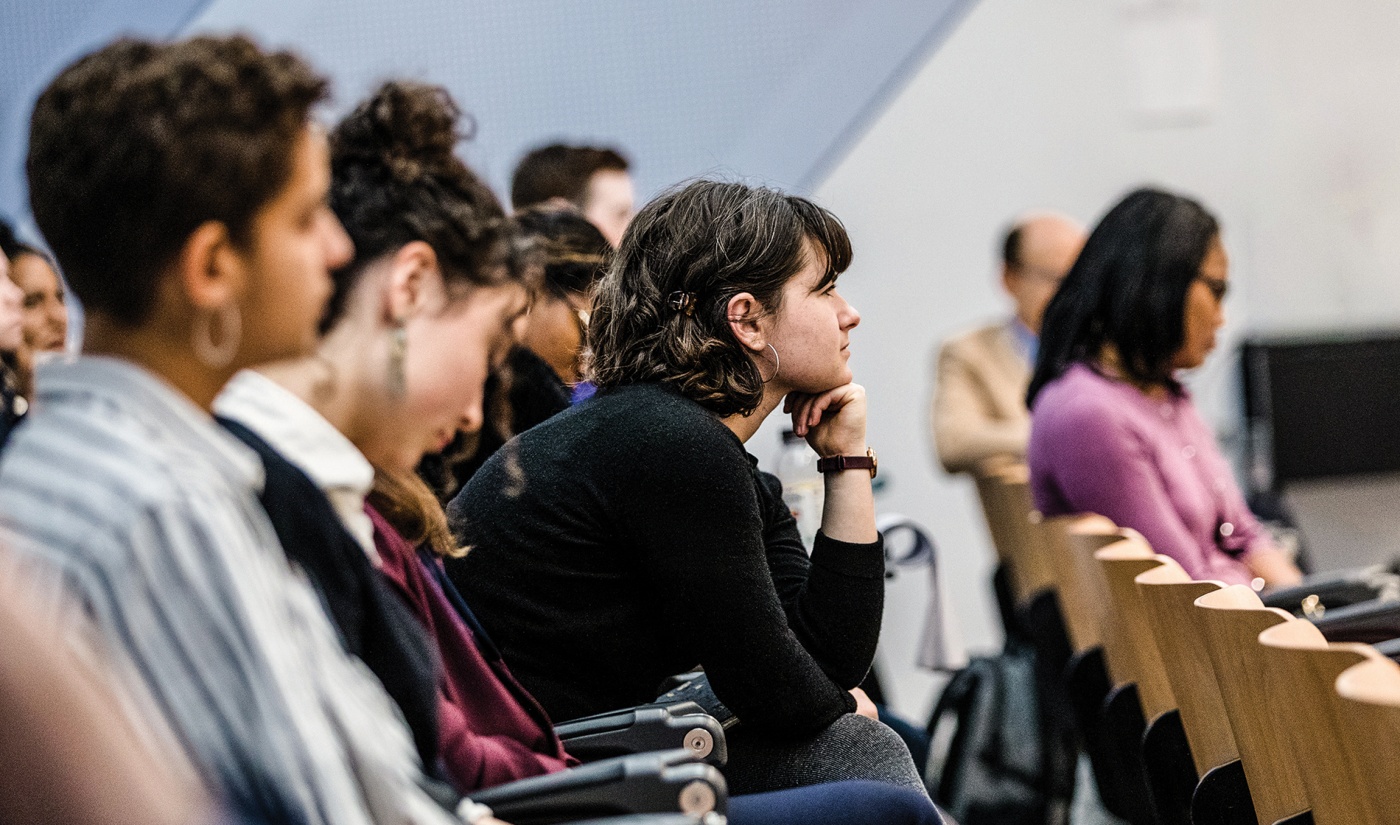 BAM:
Social justice, civil rights, and community activists have joined with small government conservatives, evangelicals, and even the Koch brothers around these issues. Why do you think this is that rare area where so many people find common ground?

Forman: I think it’s a sign that this has pierced the conscience of America. In a lot of places people have started to feel the pain, and they’ve seen the extravagance, they’ve seen the brutality. It’s a welcome surprise.

BAM: Other than changing sentencing laws, what other policies are most important to pursue? Ending cash bail? Re-entry programs? Ban the box policies (where potential employers are not permitted to ask for criminal history up front)? Restoring voting rights for people who’ve served their time?

Forman: That would be my list. Everything that you could put under that broad category of “fair chance.” The broad thing that we do in this country is that we say, “Your criminal conviction isn’t just your prison sentence or your term of probation, it’s a lifetime punishment because you can face a lifetime of discrimination.” So all efforts that are aimed at making a criminal conviction something that applies for a term of years and not a lifetime, and that gives people an opportunity to come out and re-enter society—what’s in it is going to vary, but that category of things would be number one on my list.

And that’s the back end. At the front end, you talk about cash bail. We lock up all sorts of people for months, in many cases years, for very small, sometimes trivial offenses, and the only reason they can’t get out is they’re too poor to post bail. It ends up being one of the clearest examples of criminalizing poverty that we have in our system, and it exerts an incredible pressure on people to plead guilty.

Forman: It’s semantic at some level, but it seems odd to talk about a system that is so rife with injustice as a justice system. It confers a certain amount of legitimacy on it that it may not deserve, and so “criminal legal system” seems to be a more apt description. It doesn’t take a position on whether what’s happening is just or not.

BAM: Which laws are most responsible for getting us to where we are now?

Forman: If you had to pick an area that’s most important for understanding why we have the largest prison system in the world, it’s our sentencing laws—the fact that you can get so many years, sometimes mandatory minimums but also the maximums the statutes provide for. In D.C., where I practiced, it was a 30-year maximum for first-time sale of drugs regardless of the amount. Now, people don’t get 30 years, but what I think the average person doesn’t understand is that the maximum is part of what drives plea negotiations, because if you’re looking at such a long maximum, then you’re going to take a plea offering even if you think that you’re not guilty or have a chance of being acquitted at trial.

Then there’s the question of who’s implementing those laws. This is a system that’s rife with discretion. And because of the politics of crime, the politics of fear, the politics of race over the last 30 or 40 years, we’ve had judges and prosecutors who have been exercising their discretion in favor of harshness.

BAM: Do you expect criminal justice to be an issue in the Democratic primary?

Forman: I do. I think that there are a lot of voters in the Democratic Party who are now asking a different and more rigorous set of questions. You saw some of this in the Hillary Clinton campaign, but I think you’re going to see much more of it this time around because people’s expectations have been raised. As a scholar and as an advocate and as a historian, I’m going to be trying to work really hard to closely evaluate people’s records and raise that issue up as much as possible so that the average, engaged American citizen can be informed.