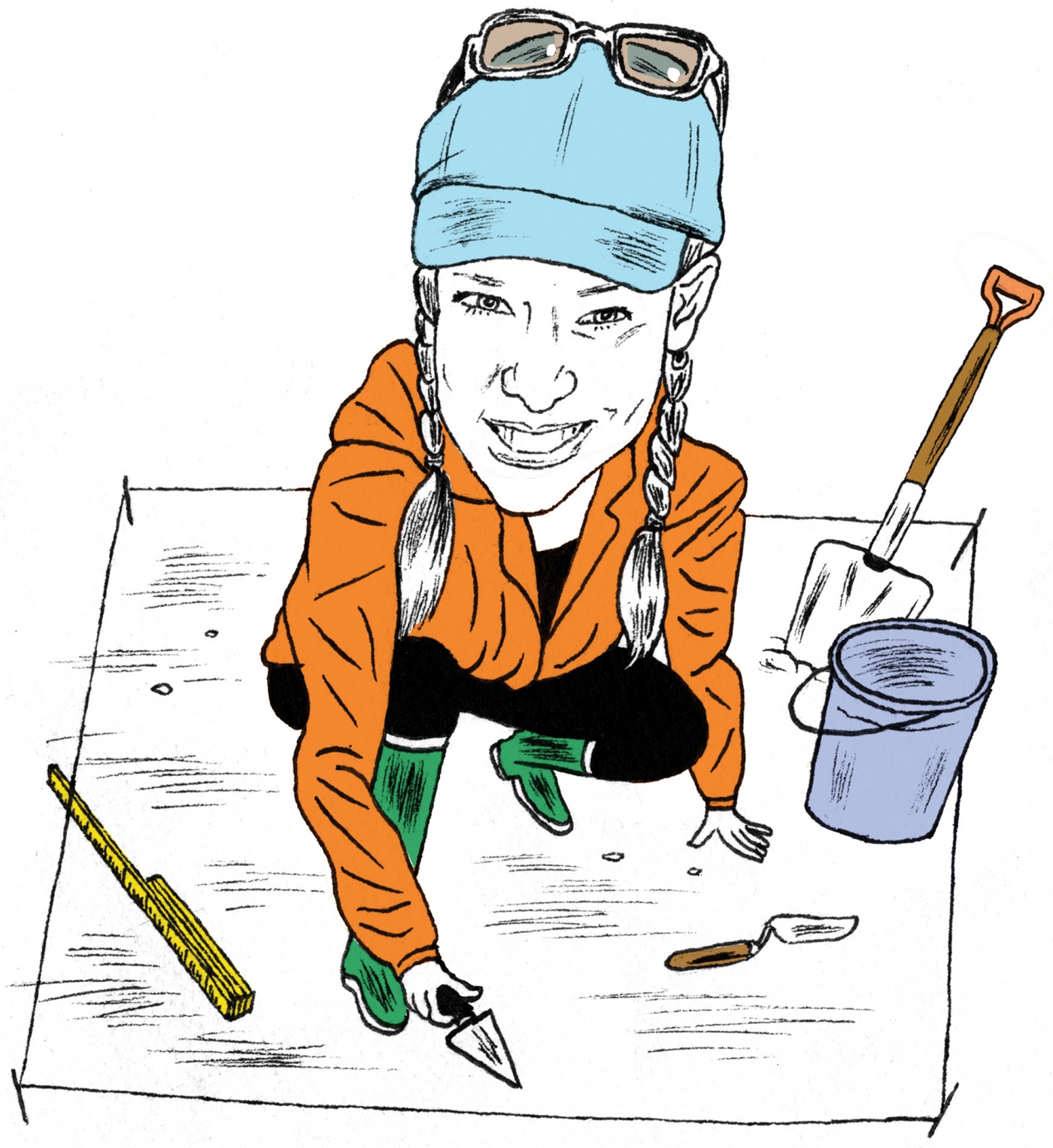 From her house in Fairbanks, Alaska, Julie Esdale ’09 PhD looks out across the Tanana Flats, a vast lowland flanked by the Alaska Range that was home to hunter-gatherers as early as 14,000 years ago. Esdale knows this because, as an Arctic archaeologist, she has personally excavated evidence of their stone tools, their food-preparation activities, and their campfires. They were “hunting elk, bison, waterfowl, and smaller game,” she says. “We have been excavating in their refuse pit, an area where they were processing animals for meat.”

In her job as an archaeologist for Colorado State University’s Center for the Environmental Management of Military Lands (CEMML), Esdale helps the U.S. Army at Fort Wainwright manage some 1.5 million acres of public land east and south of Fairbanks. Esdale’s team of archaeologists conducts surveys to identify any important archaeological sites prior to development projects. With a grant from the National Science Foundation, she and colleagues have been excavating one particular site, called McDonald Creek—which was occupied during several time periods—for the past four years. It turns out it’s the second-oldest site in Alaska and one of the oldest in the U.S.

Raised mainly in Edmonton, Canada, Esdale came upon archaeology by chance. After “nodding off during economics courses” at the University of Alberta, she signed up for “Archaeology of Alberta” because it “looked fun.” She also got her master’s there in Quaternary Geology.

At Brown, Esdale studied with Doug Anderson, whom she calls “a legend in archaeology.” She spent summers working on sites in Alaska’s Brooks Range, where Anderson had previously worked, studying the Northern Archaic culture. That’s where she met her husband, Jeff Rasic, also an Arctic archaeologist; they moved to Alaska in 2002.

Near the end of the last Ice Age, Esdale says, the Tanana Flats had “a sizable population” of people who’d migrated over the Bering land bridge from what is now Siberia. She and her colleagues believe that these people “are not directly genetically related” to Native Americans now living in Alaska or the lower 48—she describes them as “an extinct offshoot.” One of the DNA samples supporting this theory came from a tooth Rasic discovered in an old collection. “The genetic evidence is just coming out as we speak, so this is an exciting time,” Esdale says.

“We never know what we may find during our archaeological surveys each summer…but we have gained a real appreciation of the fact that people didn’t just pass through this area,” Esdale adds. “They were living here, having children, and passing on knowledge and tradition for thousands of years.”

Reader Responses to Digging for Answers