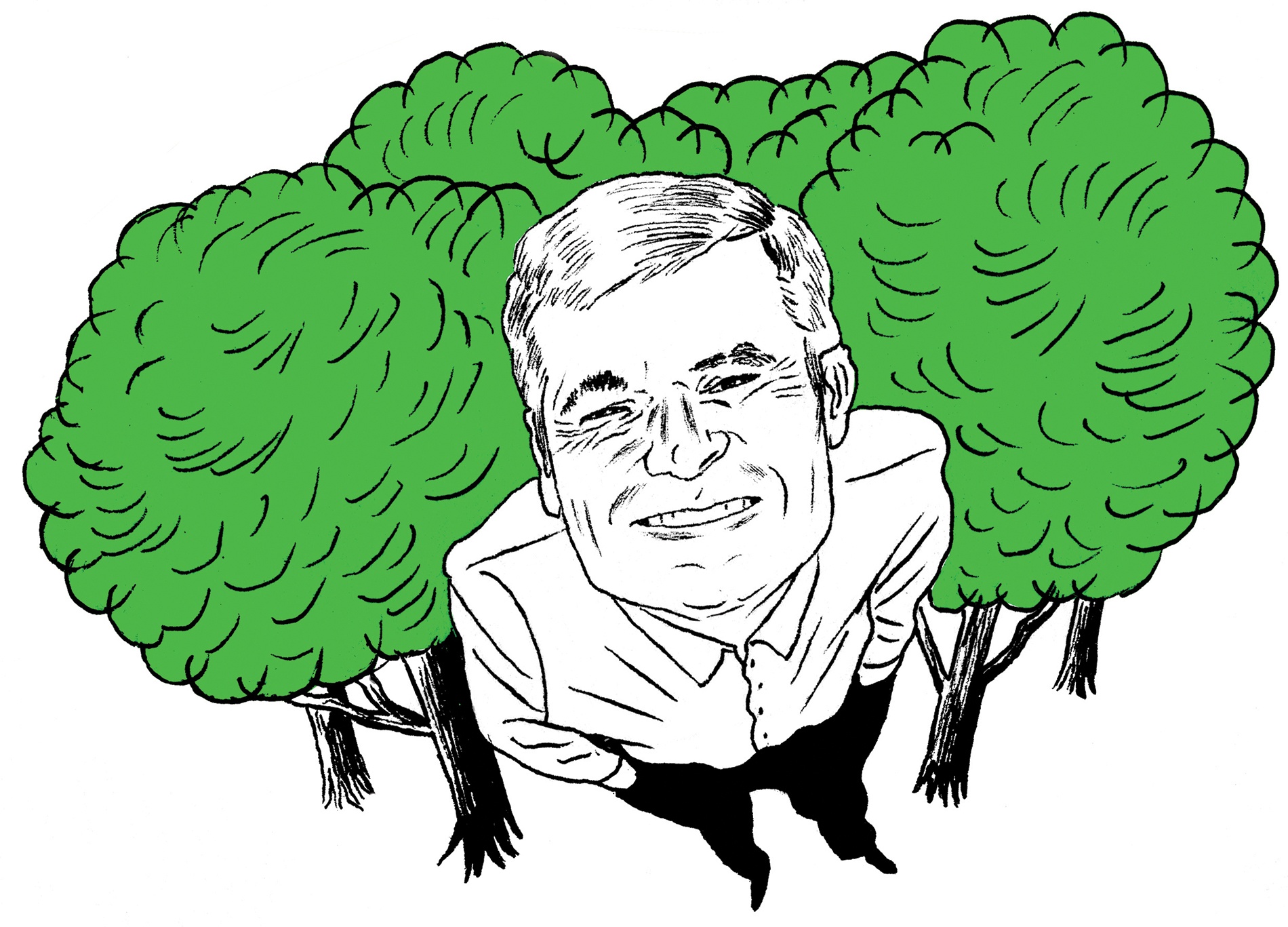 Speaking for Trees
As head of American Forests, Jad Daley ’90 looks to the woods to help solve climate change.

Growing up in Princeton, New Jersey, Jad Daley ’90 looked forward to the summers his family spent on a remote island in Maine, where the entire northern side was undeveloped woodland. “I roamed like a wild animal,” Daley says, remembering how he wandered the trails to emerge at hidden coves in search of osprey. “It was a place where I discovered my quiet side.”

Now president and CEO of the nonprofit American Forests, Daley has been anything but quiet, speaking for the trees as he leads forest conservation efforts around the country. Since assuming his role last summer, Daley has turned the 144-year-old organization to focus on two primary goals: using the power of forests to mitigate climate change, and planting more trees in urban areas to create what he calls “tree equity.” “The two issues that are life and death in this country are climate change and economic inequity,” he says. “Trees are a way to address both.”

Daley credits Brown’s open curriculum for setting him on the path towards environmental justice. He originally concentrated in art history, gaining skills that still shape his thinking. “You can’t understand art without thinking about history and the environment an artist was working in,” he says. Taking a semester off during his sophomore year, he became incensed at the drumbeat of dire environmental news. Upon his return, he took an intro environmental studies class and was hooked by Brown’s approach, which integrated scientific understanding with politics, history, and psychology. “That was the gateway drug that started my doing this for a lifetime,” he says. “My work on climate change has been continuous since that class.”

Daley went into environmental education, then did a decade-long stint at the Trust for Public Land, where he created a climate-change coalition between nonprofits and forestry companies. “We have this massive forest carbon powerhouse in the United States that is completely overlooked,” says Daley, noting forests store approximately 15 percent of carbon in the country. “We could more than double that to 30 percent.”

To that end, Daley is advocating for a federal law to provide funding to plant 16 billion new trees by 2050—including 400 million in urban areas. At the same time, the organization has worked directly with governments in states including Rhode Island, which has an American Forests staffer embedded in its environmental management agency, to help strategically plant trees in cities. Through efforts like these, Daley hopes that all people can have the opportunity to experience the close connection with nature that inspired him as a child. “Trees are not just scenery, they are life-giving infrastructure,” he says. “Creating healthy forests is not just an environmental campaign, it’s a moral imperative.”

Reader Responses to Speaking for Trees